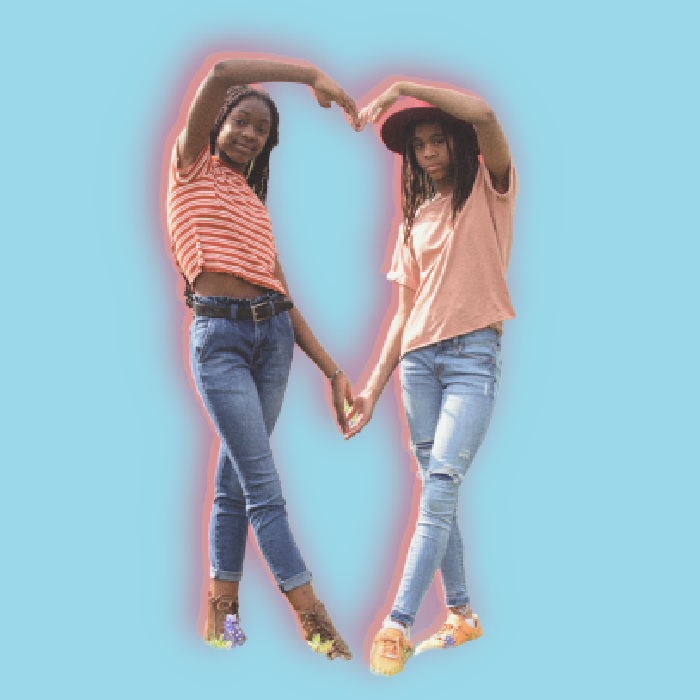 A Warning About Popular Love Songs Aimed At Young Girls

The love and break-up songs that abound on the internet almost exclusively target young girls and teenagers, who play them over and over again, ensconced in the intimacy of their bedrooms.

The singers who enter the secretive, imagined worlds are very real to these young girls. They embody youth, beauty, wealth, autonomy and strength of character. They are also a powerful factor of socialization in what I call communicational violence. This term refers to a form of violence in which verbal messages contradict non-verbal messages, preventing people from making informed decisions.

Parents are rarely averse to their daughters listening to music, but parents should be aware of some warning signs.

I decode some of these love songs, which can initially seem harmless, in a chapter of the book Feminist Practices and Research on Domestic Violence, available in French as of March 2022. The analysis reveals that the songs combine seduction and violence. They introduce a false understanding of conjugal love in the minds of young female listeners. Through my expertise in popular culture, artistic creation and anthropology, I strive to reveal the greedy underbelly of the music industry, which commodifies pubescent feelings.

Parents may want to consider a short list of points when evaluating their daughters’ music listening habits, because they are naive to the insidious nature of their favourite artists’ songs. The songs of the young singer-songwriter Olivia Rodrigo, who won New Artist of the Year at the 2021 American Music Awards, offer some good examples.

Music critics can sometimes be complacent or even superficial in their analysis of popular music. An example of this — and this is just one of many — can be found in a review of Olivia Rodrigo’s single “Deja Vu”. I was very surprised the reviewer would suggest there was nostalgia behind the line:

“You play her piano, but she doesn’t know/That I was the one who taught you Billy Joel.”

Beware of that ‘déjà vu’ air of Hollywood cinema

The song’s video, corresponds to the male gaze often represented by the camera in Hollywood films. The camera observes Rodrigo as a voyeur would peer at women’s bodies through a mirror, screen or hole in a wall, feeding a patriarchal conception of the world.

The term “male gaze” was coined by film critic Laura Mulvey in her essay “Visual Pleasure and Narrative Cinema,” published in 1975, a cinematographic practice that she denounced.

But to seize the implicit message of this video, one has to be especially attentive to the images presented in synchronicity with these two words. One young woman faces the camera (chorus), then another turns her back to it (verse). The lyrics suggest declarations of love can be made by the lover during the transition from penile-vaginal sex to penile-anal sex:

“I bet you even tell her/How you love her/In between the chorus and the verse.”

The video for “Deja vu” features Rodrigo mimicking her female rival. She chooses the same flavour of ice cream, wears the same outfits, repeats the other’s movements and goes to the same places by the same means. This visual script expresses a jealous obsession that seems to be denied by the detached tone of the title lyrics: “Do you get deja vu?”

Take, for example, the beautiful green “Angie” dress created by designer Molly Goddard. Worn by Rodrigo, or by her rival, the dress is a subtle, yet clear, evocation of the psychopathic character Villanelle, who also wears extravagant Goddard dresses in the series Killing Eve.

The link between Villanelle and Rodrigo is consolidated in the scene where Rodrigo, dressed in the Goddard dress, uses a sledgehammer to destroy the image of her rival on the screens feeding her obsession.

From this disturbing perspective, it is reasonable to conclude that this song trivializes harassment motivated by female rivalry. For that matter, don’t we say that we’re “green with envy?”

In another one of Rodrigo’s hit songs, “drivers license”, the male gaze imposed by the camera seems to have pedophilic tendencies. This is suggested by the marked presence of three symbols of childhood: the overalls Rodrigo wears, the capitalization error in the title of the song and the toy keyboard on which the young woman repeatedly plays a simple tune that accentuates its juvenile character.

But the most blatant sign of the video’s pedophilic gaze is the physical posture the singer assumes in all the scenes where she plays the toy piano: She lies on her stomach and leans on her elbows with her knees bent so as to cross her feet above her thighs. This posture is a clear reference to Stanley Kubrick’s Lolita (1962) as well as Adrian Lyne’s 1997 version. These films tell the story of a man who becomes sexually attracted to a teenage girl and pursues an inappropriate relationship with her.

Beware of the transition from dream to reality

Violent communication uses manipulative or coercive language so that one partner can exert control over the other. It can include gestures, voice intonation, word choice, silences and other aspects of communication, such as speed of delivery, punctuation, posture or context of enunciation.

Songs can socialize young girls and adolescents to accept violent communication from their partners in their romantic relationships.

There is no reasonable way to keep young girls from these songs. At home, one possible solution is to use these songs as a tool to raise awareness about what violent communication looks like in a romantic relationship.