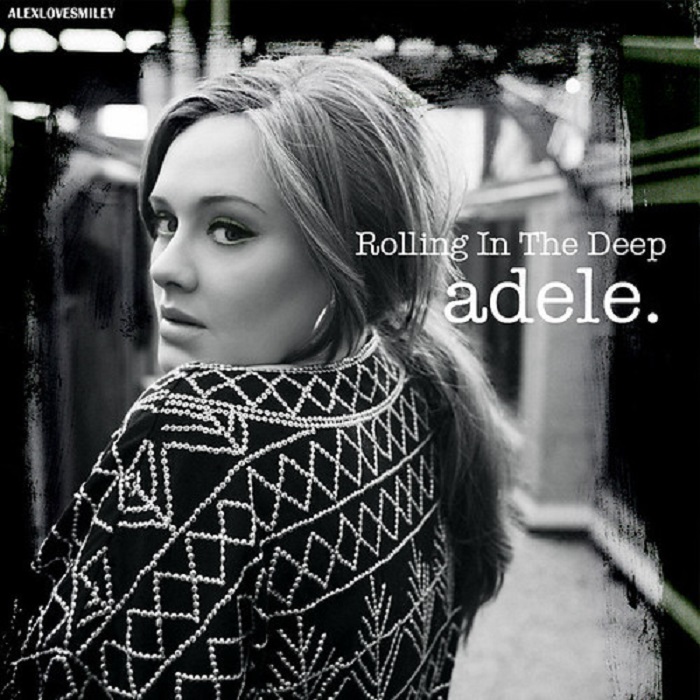 For as long as albums have existed, they have offered listeners wonder, hope, truth and reality concerning the state of the human condition.

This is achieved through a group effort. Artists, producers, songwriters, engineers, artwork designers and liner note writers carefully curate and present a structured soundtrack, with tracks sequenced in such a way to take listeners on a journey. It can provide a brief bit of order to listerners’ often chaotic lives.

But what happens if we listen to songs from an artist’s album randomly rather than in their intended order?

This wasn’t much of an issue when the listener had to fast-forward tape to just the right spot, or jump a needle to the appropriate groove. But the advent of streaming services meant that mixing up the order of album tracks was just a click away, or sometimes even it is the default setting.

I have every sympathy with Adele’s position.

As a Latin Grammy Award-winning composer and Emmy Award-winning musician who has produced more that 90 albums, as well as someone who teaches music business and entrepreneurship, I know from experience the importance of album sequencing – that is, the art of curating album tracks to convey its themes.

Producers such as myself take into consideration that, as I put it, art is humanity expressed. As such, we try to create albums that reflect personal life experiences.

And just as storylines make sense only when you have the context of the beginning and the end, listeners need to understand the impetus for why the album was even made.

Producers also take into consideration the various stages taken to create an album. Music education philosopher John Kratus set out the four stages involved in his study of the creative musical processes:

Stage one involves an exploration of an album’s concept. It is here that the themes of the album are discussed and established.

Stage two is the improvisational processes. This is when musicians work together to create song structures, grooves and lyrics to convey the themes.

Then comes stage three: the composition or documentation of the album. This is achieved in the recording studio with audio engineers and producers, who determine the final versions of the songs that will be put on the album.

Finally, stage four is the creative performance or delivery of an album. This takes place post-recording and involves the marketing and communications strategy to promote the album through concerts, music videos and interviews. The creative team decides which mediums and platforms the album will appear on.

The above process is almost perfectly demonstrated in Peter Jackson’s newly released Beatles’s documentary, “The Beatles: Get Back.”

The footage reveals the four members of arguably the most influential band going through the creative process.

First they discuss the rationale for a song – the exploration. Then they create the song’s structure of melody, harmony and rhythm through – improvisation. They then record the album’s repertoire – composition. Finally, they rehearse the songs to be performed within a specific order for future concerts – delivery.

A rubric for success

Another important variable is ordering of songs on an album in such a way as to cater to a number of different requirements.

For example, it is ordered to help balance palatability and appreciation. If the album has too many intense songs at the beginning – for example, songs that are fast tempo, loud and busy in musical interaction – the listener might assume that the artist has no regard for pacing the “storyline” and energy levels of the album as a whole.

A producer also wants to avoid sonic fatigue, which can happen when a listener gets exhausted by an album that has too much musical intensity at the beginning. To achieve this, producers make sure that the songs vary in instrumentation, harmonic progression and dynamic levels when placed next to one another.

The order of tracks can also influence listeners’ empathy and relatability with the artist’s vision for the album by mirroring the songs’ themes or the artist’s life stories to the order in which they manifested in real life. For example, a musician might be telling an autobiographical story through the songs that mirror their chronology in real life.

Bruce Springsteen discussed in his 2016 autobiography the very purposeful way he ordered the songs on his album “Born to Run,” to give listeners the impression of a day passing from early morning to late at night. Meanwhile, multi-Grammy Award-winning saxophonist Michael Brecker ordered his last album, “Pilgrimage”, to mirror the final stages of his life as he battled cancer.

Different artists and genres approach albums in different ways. But there are certain rubrics by which albums can be ordered. One standard example I suggest of how a 12-track album may be ordered is as follows:

This structure isn’t set in stone, but if readers pick up their favorite album, there is a chance that some of the above rules will apply.

Album sequencing is typically one of the final stages and takes place during what is called a “spotting session.”

During this stage, the artists, producers, artists’ management and publicists engage in album sequencing to ensure the themes of the album are communicated fluidly and the artist’s vision can be understood when listening to the album from beginning and end.

Reflecting on all that goes into sequencing an album’s tracks can give music lovers a better understanding for why Adele’s non-randomization request was supported by so many musicians. By clicking on random, listeners might be missing the message as well as the audio journey that has been carefully created.