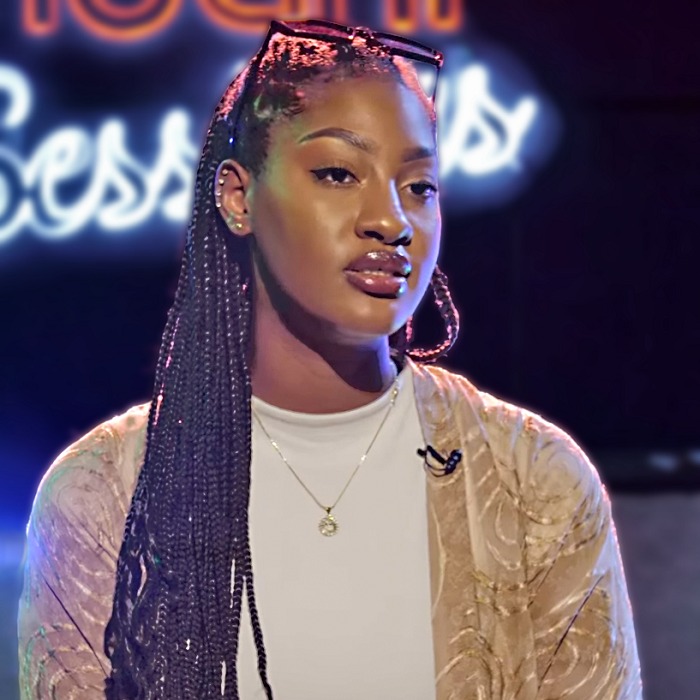 More than Nollywood films, Afrobeats is arguably Nigeria’s strongest cultural export since the turn of the millennium. It is a hugely dynamic music category that incorporates a range of moods, languages, styles, and existing genres. To understand its impact, a cultural connoisseur has equated good Afrobeats music with well-made, smoky Nigerian party jollof rice!

As suggested, the core of Afrobeats is celebratory pop music originating from Nigeria, West Africa and beyond. In 2022, Afrobeats artists were regular names on the global stage, winning awards, featuring on Hollywood soundtracks, packing out stadiums and even getting their own music charts in the UK and US. The exhibition Fela Anikulapo-Kuti: Afrobeat Rebellion opened, with a pilgrimage of the Afrobeats community to Paris – to pay homage to the Nigerian musician who helped create Afrobeat, which ultimately spawned Afrobeats.

In Nigeria in 2022, Afrobeats had an additional layer due to the run-up to the 2023 general elections in February. In my study on the relationship between pop music and electoral consciousness, I mapped a number of ways that popular musicians influence the electoral terrain – and how the electoral terrain influences popular music in Nigeria. Among these was the positive development of pop stars setting the campaign agenda for political parties and politicians by addressing challenges in society.

Take, for example, Electricity by Pheelz and Davido, one of the year’s bigger singles. It addresses the burning subject that Nigeria is so poorly electrified. It subtly yet loudly sets the agenda for the political class to solve the problem and improve lives. It is a non-partisan electoral season hit that resonates with audiences while keeping politicians on their toes.

In 2022, several Afrobeats stars were inspired by the political class whose attention they sought, or simply appropriated slogans and songs popularised by politicians. Asiwaju by Ruger, Sweet Us by Timaya, and Emi lo kan by Qdot are a few examples. None of these singles necessarily enriches electoral value nor prescribes solutions to societal problems. Each, however, offers mileage to the performing artists and to the referenced politicians.

On Sweet Us, Afrobeats veteran Timaya echoes a triumphant cry popularised by Governor Nyesom Wike. The song gained national momentum after the governor lost a bitter presidential primary. It resonated with disadvantaged audiences; expanding after Timaya made his version sensual. On the catchy but cheesy Asiwaju (Leader), rising sensation Ruger subtly references Asiwaju Bola Tinubu, the presidential candidate of Nigeria’s ruling party, almost yearning for the attention of the party’s campaign team.

But not all of the music out of Nigeria in 2022 is electorally or politically slanted.

2022 is the year of Buga – a viral hit by singer-songwriter Kizz Daniel with its dance moves being performed publicly by notable figures including Liberian president George Weah.

Daniel didn’t stop at that. He added Cough to an
already outstanding body of work. Buga and Cough highlight the artist’s mastery in applying phrases from across the West African coast for pan-African effects. Buga is a Yoruba term meaning “flaunt it when you’ve got it”.

2022 is undoubtedly also the year of breakout artist Asake, whose hit Terminator ignites memories of the Hollywood movie The Terminator. Asake shows how trans-artistic and transnational Afrobeats gets. Some of Nigeria’s leading presidential candidates, while abroad, put out videos dancing to or working out to Asake’s crowd favourite Organise.

Year of the album

More than these, 2022 was a year for Afrobeats stars seeking to cement their legacies with complete bodies of work.

With his first album as an artist, the producer and singer-songwriter CKay’s Sad Romance contained the hit Love Nwantiti, which went global and lifted awards. Other celebrated releases include Omah Lay’s Boy Alone, Rema’s Rave and Roses, Fireboy DML’s Playboy, Adekunle Gold’s Catch Me if You Can, and Burna Boy’s Love, Damini (the most streamed album in Nigeria in 2022).

Afrobeats trailblazer Wizkid presented More Love Less Ego in a year that confirmed his transition into OG status as he increasingly relies on the breaths of fresh air that are Tems and Ayra Starr. There is, of course, also Asake’s debut Mr Money with the Vibe.

There is evidence of the impact of rap music as it gets increasingly subsumed within Afrobeats – almost every successful Nigerian rapper has learnt to make pop music.

In 2022, the duo Show Dem Camp managed the release of Palmwine Music Vol. 3. MI Abaga put out The Guy and fellow veteran Vector released The Energy Still Lives In Me, invoking Afrobeats as a mirror of the untiring Nigerian spirit.

Tems: face of the future

A monumental year for Afrobeats was also the year of the Wakanda Forever soundtrack featuring CKay, Fireboy DML, Rema, Burna Boy and Tems.

Alongside her rendition of Bob Marley’s No Woman, No Cry,
2022 belongs to producer and R&B fusion singer-songwriter Tems. At home she won two Headies Awards for her EP If Orange Was A Place and then stormed the US, picking up a BET Award, Best New Artist at the Soul Train Music Awards and two American Music Awards. She is nominated in three categories for the 2023 Grammy Awards. Tems performed at some of the most significant music festivals on the planet in 2022 and adorns the cover of the winter 2022 Dazed Magazine.

The future of Afrobeats may not lie in Afrobeats. Afrobeats will progressively draw from western styles and, in many respects, Tems is a poster child of this future. Her association with Afrobeats is largely to do with her identity as a Nigerian rather than with the music itself. The rigour required of listeners to characterise her style is central to her growth. She reflects the coming together of Nigerian music margins with an amalgam of external influences. Before her, similar artists like Asa and Nneka had a go at the international market, but not with Tems’s impact.

Tems represents a year in which the Afrobeats ecosystem experienced unprecedented mobility. Some analysts reckon the US will eventually move away from Afrobeats, but this is immaterial as Afrobeats can do no wrong for the time being – and this will spill deep into 2023.