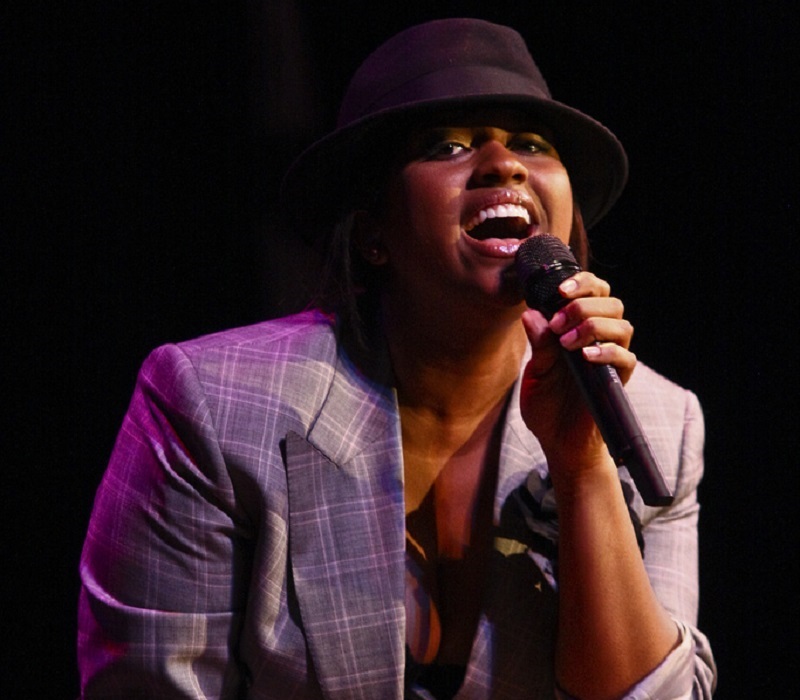 Jazmine Marie Sullivan Born and raised in Philadelphia, Pennsylvania, her debut album, Fearless, was released in 2008 to commercial and critical success. The record topped Billboard’s Top R&B/Hip-Hop Albums chart and was certified gold by the Recording Industry Association of America (RIAA). It spawned four singles, including “Need U Bad” and “Bust Your Windows”, both of which peaked in the top 40 of the Billboard Hot 100 chart and the former of which became Sullivan’s first and only number one on the Billboard Hot R&B/Hip-Hop Songs chart.

Sullivan followed this with her second studio album, Love Me Back, in 2010, which was received favorably by critics. After taking a three-year break, Sullivan signed with RCA Records and released her first studio album under the label, Reality Show, in 2015, and it became her second album to peak at number one on the Top R&B/Hip-Hop Albums chart. In 2021, she released her critically acclaimed first EP, Heaux Tales, which spawned the single “Pick Up Your Feelings”.

The singer makes her return with raw emotion and a matchless voice.
There’s power in reclamation, and Jazmine Sullivan leans into every bit of it on Heaux Tales. The project, her fourth overall and first in six years, takes the content and casual candor of a group chat and unpacks them across songs and narrative, laying waste to the patriarchal good girl/bad girl dichotomy in the process. It’s as much about “hoes” as it is the people who both benefit from and are harmed by the notion. Pleasure takes center stage from the very beginning; “Bodies” captures the inner monologue of the moments immediately after a drunken hookup with—well, does it really matter? The who is irrelevant to the why, as Sullivan searches her mirror for accountability. “I keep on piling on bodies on bodies on bodies, yeah, you getting sloppy, girl, I gotta stop getting fucked up.”

The theme reemerges throughout, each time towards a different end, as short spoken interludes thread it all together. “Put It Down” offers praise for the men who only seem to be worthy of it in the bedroom (because who among us hasn’t indulged in or even enabled the carnal delights of those who offer little else beyond?), while “On It,” a pearl-clutching duet with Ari Lennox, unfolds like a three-minute sext sung by two absolute vocal powerhouses. Later, she cleverly inverts the sentiment but maintains the artistic dynamism on a duet with H.E.R., replacing the sexual confidence with a missive about how “it ain’t right how these hoes be winning.” The singing is breathtaking—textbooks could be filled on the way Sullivan brings emotionality into the tone and texture of voice, as on the devastating lead single “Lost One”—but it’d be erroneous to ignore the lyrics and what these intra- and interpersonal dialogues expose. Heaux Tales not only highlights the multitudes of many women, it suggests the multitudes that can exist within a single woman, how virtue and vulnerability thrive next to ravenous desire and indomitability. It stands up as a portrait of a woman, painted by the brushes of several, who is, at the end of it all, simply doing the best she can—trying to love and protect herself despite a world that would prefer she do neither.