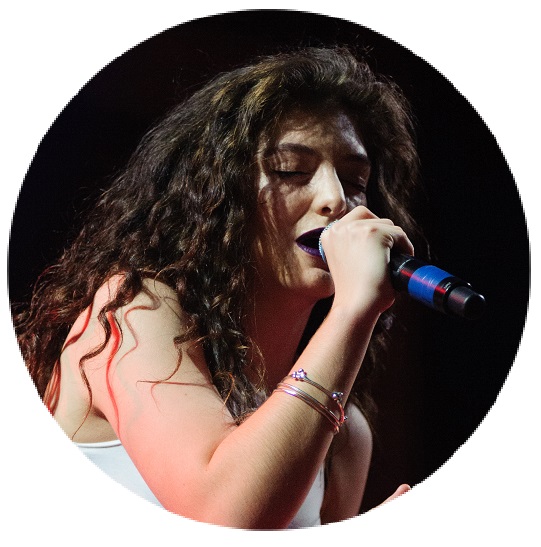 Lorde’s third album Solar Power was born out of an epiphany. “I was very much raised outdoors by the beach, in the ocean, outside,” the New Zealand pop titan tells Apple Music. “But it wasn’t until I got my dog that I understood how precious the natural world is and how many gifts there are for someone like me to receive. I felt like all I was doing was paying attention and being rewarded tenfold with things that would not just lift my mood, but legitimately inspire me.” The death of her dog, Pearl, in 2019, slowed down the production of the album, but what Lorde learned from him—the joy of being outside, even if it’s just at your local park—flows through the finished product.

Expressing all of that in the twisted, spring-tight pop of 2013’s Pure Heroine and its dizzying 2017 follow-up Melodrama was never going to work. So she turned instead to a (somewhat unlikely) palette crafted alongside returning producer Jack Antonoff—shuttling between LA and New Zealand in 2019 and 2020 and finishing it remotely during the pandemic—of ’70s Laurel Canyon and early-2000s pop. “I think, on paper, it doesn’t make any sense,” she says. “But I was like, ‘What’s something that’s captured the experience of being outside or feeling the sun and a certain kind of joy?’”

Solar Power might well be seen as just that: an album to kick back with on a summer’s day. But there is, as Lorde puts it, “deep and shallow” to this record. There are meditations on celebrity culture (“California”) and the wellness industry (“Mood Ring”), alongside sorrow for the destruction of the natural world. This isn’t, however, a climate change album (“It definitely wasn’t a goal of mine to make people care; I can’t make that happen for you”). If it’s about anything, she says, it’s about “the passing of time and being OK with that. All my work is sort of about that. All these works are just me trying to ask a series of questions. And if that makes people ask their own questions of their world, then I’ve done a good job.” Read on as Ella Yelich-O’Connor guides us through Solar Power, one track at a time.

“The Path”
“This was the first one I wrote for the album, and I always knew it would open it. I wanted to bring people right up to speed: This is where I’m at. This is the wave. As I get older, I feel the absurd nature of our modern life more every day, and some of the images in this song really play into that. I’ve also been thinking more about people in my position and the worship that comes towards someone like me. I thought about dismantling that and saying, ‘Let’s leave that at the door for this one and make it about something else.’ It was really fun, golden and sassy to be like, ‘It’s not going to be me. I’m sorry. Let’s redirect.’”

“Solar Power”
“This song was featherlight. It’s just a song about being happy in the sunshine, which is kind of a crazy move for me. But It’s a bit dark and weird, with lots of cult and commune imagery. I knew that people would kind of be like, ‘What the fuck is she talking about?’ On the surface it’s light, but it’s got a lot to it.”

“California”
“California and LA are places I have a huge amount of affection for. I find it really alluring and mystical and kind of dreamy, but it also totally freaks me out. It isn’t where I am supposed to be right now, so I’ve tapped out. I’ve been listening to a lot of The Mamas & The Papas, so that was a melodic reference. There’s kind of an eeriness to this song, and a lot of people have tried to get at that when capturing LA in movies and in music. I love the line about the kids in the line for ‘the new Supreme.’ It’s a classic me thing to say something that is modern, but could sound classic.”

“Stoned at the Nail Salon”
“This was one of the first few we wrote. I think of it as coming right at the tail end of Melodrama. My life is very low-key and very domestic. It’s like the life of a hippie housewife. It really struck me when the Grammys or VMAs were on and I was trying to get a stream on my computer and I couldn’t. It felt so outside of that part of my life. I was starting to have these thoughts like, ‘Am I choosing the right path here by hanging up the phone, so to speak? And just hanging out with my dog and making lunch every day?’ The vocals that are on the song are the ones that we recorded the day we wrote it. So it kind of has this loose, organic quality that came to be a big part of Solar Power.”

“Fallen Fruit”
“I was going to LA to write with Jack and I started this on the plane. There’s always a slightly kind of unhinged or unfiltered quality to songs I write on planes, because I’m at altitude or something. I had been very careful before that point about not being preachy or like, ‘Hi, I’m a pop star and this is my climate change album!’ But I just had this moment where I was like, ‘This is the great loss of our lives and this will be what comes to define all of our lives and our world will be unrecognizable for my children.’ I loved trying to make it sound like this flower child’s lament and making it sound very Laurel Canyon, essentially. At the same time, there’s only one 808 on this record—and it’s in the breakdown of this song. It’s me describing an escape to somewhere safe that takes place in the future when our world has become uninhabitable. I liked snapping into a kind of modern thing for that.”

“Secrets From a Girl (Who’s Seen It All)”
“This is me talking to my younger self trying to impart some of the things that I learned. It was a fun place to write from. To me it’s very Eurythmics meets Robyn. And then we got Robyn to do the incredible spoken part. She’s someone I have learned a huge amount from, through song. She really completed the experience.”

“The Man With the Axe”
“I wrote this track almost as a poem. I was very hung over and I think that fragile, vulnerable quality made it in here. It’s funny because it’s kind of melancholy, but I also think of it as very cozy. I’m expressing a huge amount of love and affection for someone. To me, it sounds very private—I sort of don’t even like thinking about people listening to it because it’s just for me. [US producer] Malay did the coolest chords. I really didn’t change the poem, apart from maybe taking one line out. That was one of the biggest accomplishments of the album.”

“Dominoes”
“Solar Power is about utopias, and wellness is very much a utopia. It was also a big facet of the kind of ’60s, ’70s, New Age enlightenment, Age of Aquarius—seeking this thing that will give us the answers and make us feel whole. I feel like everyone kind of knows someone like this. It really cracked me up to say, ‘It’s strange to see you smoking marijuana, you used to do the most cocaine of anyone I’ve ever met.’ We all know that guy.”

“Big Star”
“The title of this song is a nod to Big Star the band, who I absolutely love. When I think about a song like ‘Thirteen’ by Big Star, there’s something so kind of childlike about it, and the song channels a similar thing. But I also loved the image of the people that we love being like celebrities to us. When I see a picture of a loved one, I feel like you get the same chemicals as if I was seeing a celebrity. They’re famous in my heart. But really, this is just a song about my dog. I wrote it when he was a puppy. I was just like, ‘Holy shit, I’ve never loved anything as much in my life.’”

“Leader of a New Regime”
“I wanted to have a little reprieve and go in that Crosby, Stills & Nash direction a little bit and be like, ‘Where’s it going to go from here?’ Whether it’s culturally, politically, environmentally, socially, spiritually. I felt that desire for doing something new.”

“Mood Ring”
“It’s full satire, inhabiting a person who’s feeling really lost and disconnected in the modern world and is trying to feel well, however she can. I felt like so many people would be able to relate to that. It was funny and gnarly to write. The melodies and the production were a great blend of that early-2000s sound and then that kind of Age of Aquarius energy. They both very much had to be present on this song.”

“Oceanic Feeling”
“I knew this would be the last track. I really wanted it to sound like when I get up in the morning at home and go outside and think about what the day’s going to hold. Am I going to go to the beach? Am I going to go fishing? What’s going to happen? I wanted to make something that people from New Zealand would hear and would feel like, ‘Oh, I’m this. That’s where I’m from.’ But I was also ruminating on a lot. My little brother had been in a car accident and had had a concussion and was really lost and confused. And I wanted to say to him that it was going to be OK. I was thinking a lot about my parents and this deep connection we have to our land. I was thinking about my children. I really liked the end saying, ‘I’ll know when it’s time to take off my robes and step into the choir.’ It sort of connects that first sentiment of ‘If you’re looking for a savior, that’s not me’ and ‘One day, maybe I won’t be doing this. Who knows?’ My music is so singular. I’m pretty much at the center of it. I thought that was a really powerful image to leave with: ‘One day, I too will depart.’”