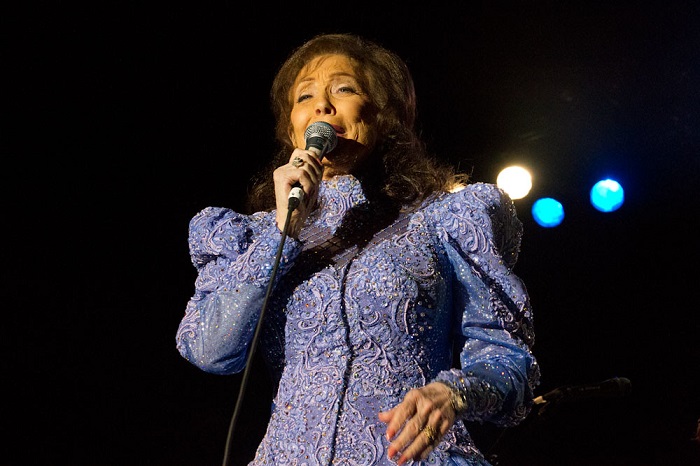 Loretta Lynn’s death at the age of 90 marks the end of a remarkable life of achievement in country music.

Her dramatic life story – retold in the 1980 award-winning film “Coal Miner’s Daughter,” based on Lynn’s 1976 biography – made Lynn a household name. She grew up in poverty in a small Kentucky mining town, marrying and starting a family as a teenager before reaching unprecedented heights of commercial success as a recording artist of modern country music.

But as a scholar of gender and country music and author of “Hillbilly Maidens, Okies, and Cowgirls: Women’s Country Music, 1930-1960,” I know that Lynn represented more than just star power and fame in country music – she spoke to the concerns of women, especially white working-class women in rural and suburban America.

Speaking up, singing out

Lynn’s rise in the 1960s took place when country music appeared tied to conservative politics. It was a time when Merle Haggard’s “Okie from Muskogee,” with its attacks on counterculture, marijuana and draft-card burning, became a populist anthem for the country’s cultural conservatives.

In contrast, Lynn’s songwriting continued the legacy of Kitty Wells, Jean Shepard and other women in country music who were willing to speak up about the concerns of American women.

She aimed for her music to articulate the fears, dreams and anger of women living in a patriarchal society. It railed against those who idealized women’s domestic roles and demonized outspoken feminists.

‘There’s gonna be some changes’

Specifically, for a generation of predominantly white women in the 1960s and 1970s who did not identify as urban or college-educated feminists, Lynn’s music offered candid conversations about their private lives as wives and mothers.

As Lynn stated in her autobiography, her audience recognized her as a “mother and a wife and a daughter, who had feelings just like other women.”

She did this through clever and witty songwriting and lyrical techniques that combined the vernacular of her audience with her resonant voice.

Meanwhile, the song arrangements of Owen Bradley of Decca Records directed Lynn’s musical talents to a broad audience. He combined the edgier sound of honky-tonk instrumentation – electric guitars, pedal steels and fiddles – with the polish of the Nashville sound by including the smooth sounding vocal harmonies of the vocal quartet the Jordanaires, as heard in numerous country, gospel and rock ‘n’ roll recordings.

This provided a sound of strength and conviction to accompany Lynn’s bold and forthright songs as she laid bare the double standards of gender roles.

With her assertive and resonant voice, Lynn, in her 1966 track “Don’t Come Home A Drinkin’ (With Lovin’ on Your Mind),” warns men not to expect women to be waiting at home, sexually available for them after they’d spent the night drinking:

Well, you thought I’d be waitin’ up when you came home last night

Leave that bottle or me behind

In a similar vein, Lynn, who claimed that her songs about wayward husbands were inspired by her fraught marriage to Oliver “Doolittle” Lynn, confronted the “other woman” in songs such as 1966’s “You Ain’t Woman Enough” and 1968’s “Fist City.”

Fully aware that her personalized accounts became political messages for her fan base of women, Lynn co-wrote and recorded “The Pill” in 1975. It was a rare foray into the topic of women’s reproductive rights for country music. In typical fashion, though, Lynn approached the issue from the perspective of a rural working-class woman:

I’m tired of all your crowin’

How you and your hens play

While holdin’ a couple in my arms

Another’s on the way

This chicken’s done tore up her nest

And I’m ready to make a deal

And ya can’t afford to turn it down

‘Cause you know I’ve got the pill

The song’s sexual innuendos about cavorting roosters and hens incorporated the double entendres and humor of early blues and country, while providing a frank discussion about female sexual pleasure. It also addressed the right for women to take control over their bodies and reproduction.

The song came out just two years after the Supreme Court passed Roe v. Wade, granting women the ability to govern their own reproductive health through abortion.

Indeed, Lynn commented on the Supreme Court’s ruling in her autobiography:

“Personally, I think you should prevent unwanted pregnancy rather than get an abortion. It would be wrong for me. But I’m thinking of all the poor girls who get pregnant when they don’t want to be, and how they should have a choice instead of leaving it up to some politician or doctor who don’t have to raise the baby.”

Her recording “The Pill” spoke to married women who wanted to be able to space out their children and prevent unwanted pregnancies so that they could pursue educational and professional opportunities.

In interviews, Lynn discussed at length how female listeners flocked to her after concerts, relieved to find a public figure with whom they felt comfortable to discuss birth control.

Not everyone was thrilled, though. Male country disc jockeys banned “The Pill” from the airwaves. Nonetheless, the recording became her biggest seller in 1975 and furthered Lynn’s reputation as a spokeswoman for white rural working-class women.

Her music also inspired the women in country music who followed her to further explore issues of gender roles. Lynn’s legacy lives on in the music of female country artists – such as Reba McEntire and Miranda Lambert – who learned from Lynn how to create music that confronts and triumphs over the societal obstacles that women face.

While all of country music will mourn the death of Lynn, it is perhaps her female fans who will feel the loss more acutely. Lynn gave them a social and political voice, and helped make country music a genre relevant to the complexities of women’s lives.