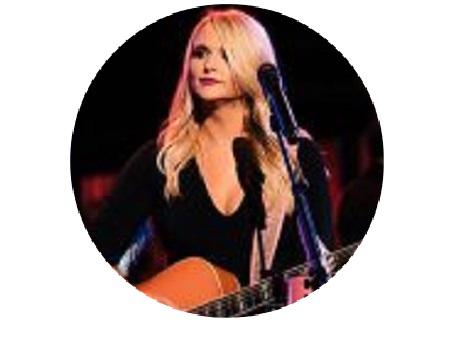 In the middle of writing her seventh album Wildcard, Miranda Lambert hit pause. “I took the first long stretch I’ve ever had off in my entire career since I was 17,”. “Finally you realize how much you need a breath.” During that break, the country superstar made some big life changes, surprising the world by announcing that she’d secretly gotten married and was moving part-time to New York City—a switch-up that she says revitalized her creative energy and breathed new life into her sound. “Oddly enough, on my seventh solo album, I feel like I approached it more like my first album than any other record I’ve made,” she says.

In many ways, Wildcard feels like a new beginning. It’s full of frenetic, uptempo rock (“Locomotive”), propulsive power pop (“Mess With My Head”), and clear-eyed confidence (“It All Comes Out in the Wash”). The newfound edge is partly a reflection of producer Jay Joyce (Eric Church, Zac Brown Band), with whom she works for the first time here after years with Frank Liddell. Lambert says it was time to mix it up: “Country is what I do, it’s who I am…but I love rock ’n’ roll.”

Her country devotees will delight in “Way Too Pretty for Prison,” a deliciously clever breakup song in which Lambert and Maren Morris fantasize about killing an ex before ultimately deciding prison sounds unappealing (not enough boys, beauty parlors, or Chardonnay). And on “Pretty Bitchin’,” a similarly rowdy send-up, she rolls out a series of flexes—fine wine, a new guitar, a kitted-out Airstream—and makes no apologies about relishing her success in a world that is often unkind to women entertainers. “I use what I got/I don’t let it go to waste,” she sings with the remorseless air of someone who has endured their fair share of tabloid headlines. This song is about winning in spite of all that: “I’m pretty from the back/Kinda pretty in the face/I hate to admit it/But it didn’t stop me, did it?”