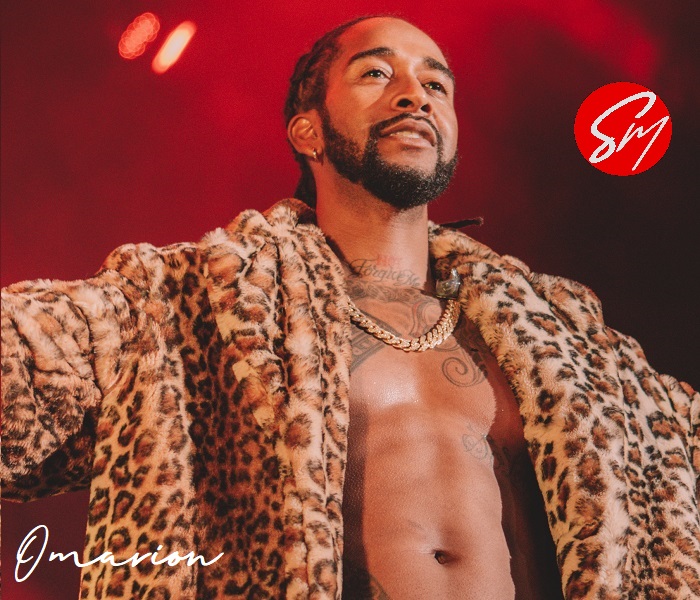 “The Kinection is another thread to the long-standing history of my music career,” Omarion tells Apple Music of his fifth solo album, inspired, in equal measure, by the present and the past. In 2001, via the single “Uh Huh,” the world was introduced to B2K, a then-burgeoning R&B quartet composed of J-Boog, Raz-B, Lil Fizz, and Omarion, whose wealth of charisma made him an early fan favorite. The group’s 2019 reunion and its companion documentary planted the seeds for the project. “It was the first time that we got together in 15 years, and I kind of showed the behind-the-scenes of how everything is interwoven as it pertains to creative art and how it’s presented,” he says. Despite its nostalgic inspirations, The Kinection sounds very much of its time. Hints of the day’s popular styles—from trap to dancehall-inflected R&B—form some of the album’s most appealing moments, as well as features from former labelmate Wale, T-Pain, and Busy Signal and an unexpected collaboration with Ghostface Killah. By and large, though, it’s Omarion’s voice, the details of his life, and his sensibilities that inform the bulk of the songs here for a vibe that goes down easy. “I think what’s probably the most important thing as an artist and in sharing is always getting a perspective of your personal experience and how we’re all so very tied together,” the singer says. “Not just through the music, but by the kinetic energy in which music and energy transfers.” Here Omarion talks through each song on the project.

Do You Well
“That’s another track produced by Smash David. It’s got that bounce on it—it’s definitely club-ready. And ‘Do You Well’ is just really speaking to the onus of creating a great experience when you meet someone and it’s exciting and you send them nudes and it’s very fresh. My stance on it is I’m gonna do you well. So yeah, that’s a fun song you can share with your lover.”

Mutual
“I got to work with Anderson .Paak on this song—so myself, Anderson .Paak, Wale, and also Knxwledge and Greg [Curtis], who helped produce and create this record. Fun fact: This is a song from 2015. The thing about creating art is, sometimes, in the moment, it might not fit. And at that time, I was doing all different types of creation. ‘Mutual’ was one of those songs that I always loved and was hoping to get an opportunity to put out, and now that opportunity has came. It was great at that period of time to work with Anderson .Paak before all of the success that he has amassed from those years until now, and Wale has always supported me on songs. So this was one of those great linkups, but it was just all about timing. It has a soulful vibe, and, in totality, is really just about agreeing. So first, she was a goddess. I had to let you know that I was going to do you well. And now we about to get into this mutual agreement of what’s going to happen.”

Involved
“I would say that the trap music is R&B because it’s so melodious—at least the multitude of trap R&B or trap music, those transitional producer changes. I enjoy this song because it really speaks about focusing on your work. There’s so many of us that have dealt with people that kind of pretend to be interested, they kind of act like they want a certain level of attention from you, and it’s hard to give them that attention when you’re so involved in making yourself better. And I think it really speaks to maybe people experiencing a certain level of toxicity in their relationship, and it speaks to it being okay that you’re involved.”

In It
“’In It’ is another myself, Anderson .Paak, Knxwledge, Greg Curtis vibe. It’s really just about being present when I’m in it. It’s a shorter song, interlude kind of vibe, even though it’s past the two-minute mark. This was another song that was created in the same time and space as ‘Mutual.’ It’s just about being present, really enjoying yourself, enjoying expressing love in the sexual sense. Because if I’m going to do it, I’m going to be in it. I’m going to be in it to win it.”

Unbothered
“This song is special for a few reasons—one being that I am putting out an essential oil, a unisex essential oil called Unbothered. And this song is actually the title track for that fragrance, and it’s always so cool to be able to do creative things like this. I’ve been dubbed ‘King of Unbothered’ by my fans for some of my public situations, my public relationships. ‘Unbothered,’ it’s not a breakup song more than it is realizing the importance of moving on and keeping your emotions in check and having emotional intelligence. A lot of the time, when we’re stepping away from situations, we feel like we’re kind of leaving a part of ourselves behind. But if you’re truly unbothered, then you realize that you came with what you left with. And if it was good, even if you have to leave, then you’re leaving with something more.”

The Kinection (Interlude)
“There’s this moment just like when we were all watching Power and they would show the recaps and that theme music will come on—’they say this is a big rich town.’ The interlude to The Kinection plays at the beginning of every episode. It’s just this moment of clarity. It’s these clashes of sounds that really, they make you think. And when everyone gets a chance to see the documentary, they’ll really fully understand that composition. So it’s really just a transition into the story.”

B2K Experience
“The Millennium Tour was an amazing experience. And we had an after-party—we created an indelible experience for our fans called the B2K Experience. If you listen to the lyrics, the first lyric is ‘Just jumped off the plane/Everybody know my name/I’m smashing in my own lane/Catching Zs, purple bus now/Top Gun on the I-10, that’s just how I get around.’ So, Top Gun is actually my bus driver. We all have separate buses. The one for this previous tour was actually my purple bus. So the Millennium Tour was just, years later, the maturation of us all, growing up and sharing this experience. So the ‘B2K Experience’ song really just kind of takes you through that. Everything that was going on, if you really look at the lyrics, a lot of that was happening on tour.”

U and I
“So ‘U and I’ and ‘Can You Hear Me?’ are some records that I did with T-Pain, which was really cool. He was actually supposed to be on the Millennium Tour, but he had some other engagements and instead he sent me some songs. It’s really speaking about a relationship again, saying how it’s really not working. It’s definitely an anthem for that.”

Can You Hear Me?
“All I keep thinking about is how, as creative artists, you have to be in tune with what the audience wants to listen to, aside from what you personally like, because a lot of these songs I personally like, but there’s this aspect to it where you want to definitely share a song, an uptempo mood that when people hear it, they feel good. And ‘Can You Hear Me?’ brings that energy and that vibe.”

No Complaints
“Shout out to James Fauntleroy, my brother from another and also just a creative genius. We worked on this song many, many years ago. I want to say this was around the same time or maybe even earlier than ‘Mutual’ and ‘In It.’ This was another song that kind of just lends an ear to the sounds and the mood clashing with the topic. How good does it feel to be with someone or to get to know someone or to meet someone and you have no complaints? I think that great relationships always are fluid—there’s this unspoken rhythm that you have with your significant other. ‘No Complaints’ is really just highlighting how when things are going well, I have no complaints and she doesn’t either.”

I Ain’t Even Done
“This was also done with myself and Anderson .Paak and Knxwledge and Greg Curtis. This song is a personal favorite of mine. It kind of takes the hip-hop and the singing rap element; I actually started out as a rapper, and I don’t have too many songs where I kind of get to just have fun and do that vibe. Also, I’m a super huge fan of Wu-Tang, Ghostface being one of my favorites. He just has a way of putting things. So to be able to have me collaborate on a song and respect me as an artist is a special thing. My music, my creative input and output—I’m immortal inside of my music. I plan on my music being here long after I’m gone. It’s a part of my legacy, and it’s so cool to be able to have Ghostface Killah as a part of that song.”

Published in Articles and Featured Article