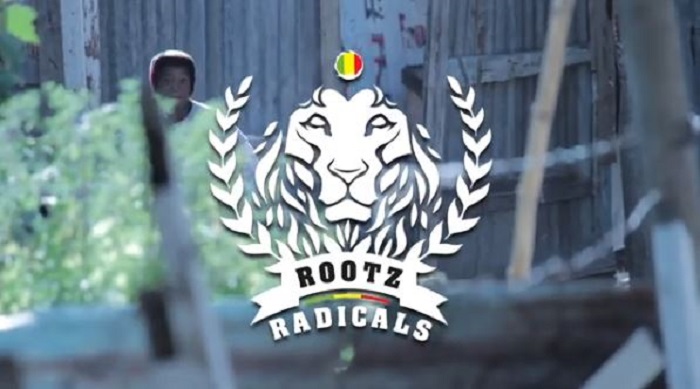 With SAMPLER ONE, Rootz Radicals offer 13 of their most recent Songs for free download on their homepage www.rootzradicals.com. A wrap-up of the band’s current work giving intriguing insights into the unmistakable sound of Rootz Radicals.

Singer Uno Jahma joins forces with Anthony B on LET JAH FIRE BURN and with Rebellion the Recaller on GROUNDED. Both of these conscious and heavy Roots tunes are exemplary for the innovative style of the five-member live band and producer team from Germany. Four songs on the sampler are accompanied by a music video, for example, the most recent release AUGUST TOWN SOUND, which’s video will be released on YouTube and Vevo on August 30, 2019.

AUGUST TOWN SOUND was recorded in Jamaica and deals with life in August Town, a deprived, yet uprising Community bordering on the University Campus in Kingston. Next to band members Uno Jahma and Chris Eastwood, AUGUST TOWN SOUND features 12-year old artist Zion from August Town. Zion’s talent immediately caught the attention of producer Chris who noticed him singing near the University gate that separates August Town and the Campus. Chris was a student at the University of the West Indies back then, and little did he know that only two years after he invited Zion to join the ROOTZ RADICALS video, Zion would sing the intro hook to DJ Khaled’s HOLY MOUNTAIN.

SAMPLER ONE outlines the versatility and musical range of Rootz Radicals. From authentic Rocksteady in “Fresh Weed”, to state-of-the-art Afrobeats in “Bad Government”, which hit the Global Reggae Charts at 11 in 2018. With GAL WEH IN DEH, WAY WE ALL COME FROM, LOST PARADISE and MEDI PON DI ISHENS, Rootz Radicals have established their very own and unique sound within the Reggae sector.