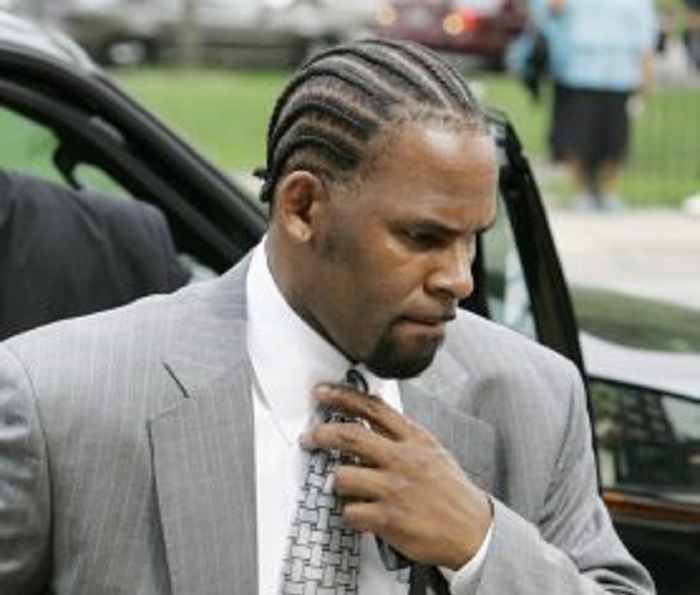 Singer, Songwriter R. Kelly Has Been Convicted Of Sex Crimes Against Black Women. Why Did It Take Nearly 30 Years?

Originally published by The 19th

But for a number of academics and anti-sexual violence activists, Kelly’s trial and the decades of allegations preceding it highlight the systemic and societal failures that enable continued violence against Black women, girls, and trans and non-binary people.

Updated figures are difficult to find, but the National Center on Violence Against Women in the Black Community reported in 2018 that 35 percent of Black women experienced some form of contact sexual violence during their lifetime. The Centers for Disease Control and Prevention’s most recent racial numbers on sexual violence in 2010 indicated that 26.9 percent of indigenous women, 22 percent of Black women, 18.8 percent of White women, and 14.6 percent of Hispanic women experienced rape at some point in their lives. (The CDC did not have reported numbers for Asian women.)

But Black women and girls — even more than women generally — face barriers to having their experiences believed and addressed, a reality that was apparent in the long history of Kelly’s crimes.

“There’s been abundance and abundance of ways that the [R. Kelly] story has been told, and yet at every step there’s been incredible resistance to accountability,” said Treva B. Lindsey, associate professor of women’s, gender and sexuality studies at The Ohio State University. “That tells me we are still a long ways away from where we need to be to not only prevent sexual violence, but to be able to hold those accountable for harm.”

Trial witnesses recounted in explicit detail Kelly’s means of controlling and sexually exploiting young people, many of whom lived with him: The singer forced teenage girls and boys to engage in sexual acts with him or other men. He forced some of his victims to get abortions when they became pregnant. He also bribed a government official to obtain a fake ID so that he could marry the late R&B singer Aaliyah when she was 15 and he was 27.

At Kelly’s side was a network of people who aided and protected him, highlighting a “culture of complicity” that plays a role in other cases of abuse, said maya finoh, a writer, educator and organizer focused on anti-racism and anti-patriarchy work. That culture is rooted in the ways American society thinks about feminine-presenting people as more mature, more sexual and angrier than their peers, they said.

A 2017 report from the Georgetown University Center on Poverty and Inequality found that Black girls, particularly those in the preteen to early teen years, were perceived in a survey of 325 adults to  “need less nurturing, less protection, need to be supported less, comforted less, are more independent, know more about adult topics, know more about sex.” Such tropes are rooted in slavery. They also have direct links to disparate punishment and criminalization of Black girls and women, the Georgetown study concludes.

“This is even something that comes up in the trial itself, by the defense who maligned these women and girls as predatory,” Lindsey said. “The ease with which that can be done is because of longstanding myths that are both racist and sexist about Black women.”

Kelly’s defense team painted his accusers as fame-hungry, stalkers and liars, relying on a common assumption that women — particularly those of a certain racial or socioeconomic background — are untrustworthy. Multiple studies and high-profile cases have captured the ways racial and gender prejudice influence how the legal system responds to sexual violence cases and how people perceive survivors’ credibility.

Leading up to the 2015 rape conviction of former Oklahoma City police officer Daniel Holtzclaw, police investigators determined that he specifically targeted low-income, Black women who had criminal records or a history of sex work or drug use. The trustworthiness of these women was questioned by Holtzclaw’s attorney in court.

In the documentary Surviving R. Kelly, a juror from the singer’s 2008 trial for child pornography charges said of the accusers, “I just didn’t believe them, the women. I know it sounds ridiculous. The way they dress, the way they act — I didn’t like them. I voted against. I disregarded all what they said.” Kelly was acquitted of those charges.

National efforts to fight the systemic and cultural hurdles faced by survivors of sexual violence have largely sidelined the experiences of people of color. The #MeToo hashtag, to cite one prominent example, was created by Tarana Burke, a Black grassroots organizer, but gained viral status only after White women in Hollywood came forward.

Given this history, R. Kelly’s conviction does send an important message, said Samone U. Ijoma, an attorney and fellow with the National Women’s Law Center.

“Having this national spotlight on a case where the majority, if not all, of the women who have come forward have been Black or brown women … I think that’s the first time I’ve seen that,” Ijoma said. “I’m hoping that this moment signals some real change for how we think about, investigate and prosecute cases of Black women who come forward with allegations.”

finoh said they are skeptical of focusing on criminal prosecution as a means to achieve systemic change, but they do see the importance of holding individual abusers accountable. “Part of me is wondering: What do his survivors need? Are they being fed? Are they being housed? Do they have access to therapy?” finoh asked. “It needs to be about centering the needs of survivors.”