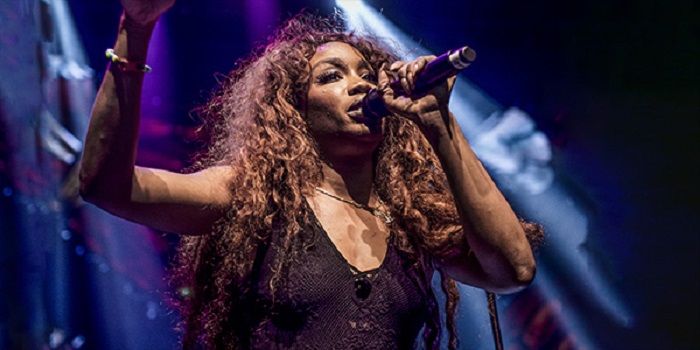 SZA – The Sophomore Outing Shows A New Side To Her Music

In 2017, Ctrl—a 14-track project rife with songs about love, sex, self-doubt, and heartbreak—became one of the most influential albums in R&B. Ctrl was the soundtrack for many people in their twenties, highlighting the growing pains of young adulthood. SZA’s vulnerability and raw honesty, coupled with ultra-relatable lyrics full of diary-like ruminations and conversations from friend group chats, are what made her debut so impactful.

Where Ctrl reflected SZA’s journey towards finding self-love and acceptance, her long-awaited sophomore LP SOS finds the St. Louis-born singer-songwriter dealing with some of the same topics of love and relationships from a more self-assured place. She ditches the uncertainties of her romantic entanglements to save herself—most of the time. On the soulful and gritty album opener “SOS,” SZA reintroduces herself and says precisely what’s on her mind after a night of crying over a lost relationship: “I talk bullshit a lot/No more fuck shit, I’m done,” she swaggers.

This isn’t the only song that shows her weariness towards relationships that no longer serve her; see also “Smoking on My Ex Pack” and “Far.” She finds the confidence to know that she doesn’t need to depend on a man to find happiness on “Conceited” and “Forgiveless.” However, not every song on the project is about moving on and leaving her past relationships behind her; SZA still has a penchant for making wrong decisions that may not end well for her (“Too Late,” “F2F”) and questions her worth in some instances (“Special”). The album sketches the ebbs and flows of emotions, with strength in one moment but deep regret and sadness the next. There’s growth between her debut and sophomore album, not just lyrically but sonically as well, blending a mix of her beloved lo-fi beats and sharing space with grunge- and punk-inspired songs without any of it sounding out of place.

On the Phoebe Bridgers collaboration “Ghost in the Machine,” the duo take a deeper look at the realities of stardom, looking for a bit of humanity within their day-to-day interactions. The track is not only progressive in its use of strings and acoustic guitars but haunting in its vocal performance. Throughout the journey of SOS, there are moments of clarity and tenderness where SZA goes through the discomfort of healing while trying to find the deeper meaning within the trials and tribulations she endures. She embraces this new level of confidence in her life, where she isn’t looking for anyone to save her from the depth of her emotions but instead is at peace with where she’s at in life.