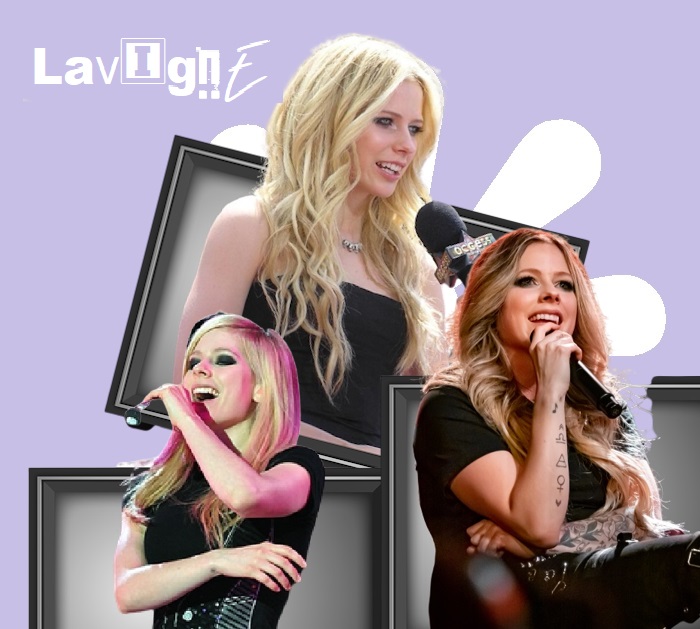 The Canadian Pop Punk Princess Has Grown Up

Avril Lavigne now goes in for the glamorous look. She used to be known for her tomboy style, wearing a necktie, tank top, baggy clothes, sneakers or converse boots and shoelaces tied around her fingers.

Then she went through the “Goth” period, dressing entirely in black, with black lipstick and black hair, but she says that was never the real her, it was just a costume.

Born in Belleville, Ontario and moving to Napanee when she was 5-years-old, she comes from a working class family, who encouraged her singing. At the age of 2-years-old she began singing in the church choir alongside her mother and her father bought her a microphone, drum kit, keyboard and several guitars.

He also converted the basement of their house into a studio and when she was 14 her parents started to take her to karaoke sessions.

Her first taste of stardom was when she won a radio competition at the age of 15 to sing with Shania Twain on stage at the Corel Centre in Ottawa. The couple sang “What Made You Say That” in front of 20,000 people. A year later she signed a record contract with Arista, now RCA Records.

She was offered a two-album record deal worth more than $2 million and when she was 17-years-old she rocketed on to the music scene with her debut album “Let’s Go” which was released in 2002.

Lavigne is a girl who knows what she wants and her hard work and determination paid off when she created history by becoming the youngest soloist to reach number 1 in the UK and her album was certified four-times platinum by the Recording Industry Association of America.

She was writing her own songs as well and the first thing she penned was “Can’t Stop Thinking About You” about a teenage crush she had on a man she called “cheesy cute.”

In July 2006 she married her boyfriend of two years, Derek Whibley, lead singer and guitarist of the rock band “Sum 41”. They had known each other since she was 17 and the wedding took place on a private estate in Montecito, California in front of 110 guests.

She wore a gown designed by Vera Wang and was walked down the aisle by her father to Mendelsson’s Wedding March. It was a very glamorous affair with lots of real flowers and rose petals at the ceremony, followed by an hour-long cocktail party and a sit-down meal.

Whibley had been her best friend since they met and he arranged a secret holiday for her in Venice. Taking her by gondola to a picnic he proposed to her in one of the most romantic cities in the world. When she went on her world tour their marriage began to run into trouble and they separated on 17th September 2009.

The split was amicable and she said they had simply “grown apart.” She filed for divorce on October 9 2009 saying, “I am grateful for our time together and I am grateful and blessed for our remaining friendship.”

The divorce was finalised on November 16th 2010 but they remain good friends and are continuing to work together. He is producing her 4th album “Alice” written for Tim Burton’s “Alice in Wonderland.”

In 2008 she launched her clothing line “Abbey Dawn” named after her childhood nickname and she designed the back to school collection herself. It is produced by Kohl which is the brand’s exclusive American retailer.

In 2009 her first perfume “Black Star” was launched, this was followed by “Forbidden Rose” in 2010 and she has also branched out into acting in films and on television. She is currently dating “Hills” star Brody Jenner and they have had each have tattoos with each other’s names inscribed.