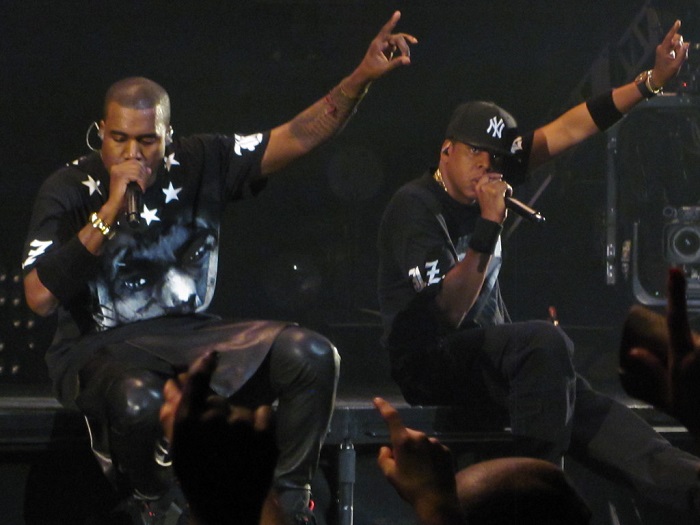 The Love-Hate Relationship Between Hip-Hop And Education

Jay-Z – who is regarded as hip-hop’s first billionaire – never graduated from high school.

Kanye West – who is considered hip-hop’s second billionaire – was a college dropout, as he titled his debut album.

So was Dr. Dre – another hip-hop icon and a near billionaire – who left college after just two weeks.

Ditto for Diddy – now known as “Love” – who dropped out of Howard University after two years.

Despite their lack of college degrees, these four men – who are currently the richest rappers in the world – have all taken a keen interest in higher education.

Dre, for instance, along with former record producer Jimmy Iovine, donated US$70 million to the University of Southern California to establish the USC Iovine and Young Academy, which focuses on arts, technology and innovation. The pair are also seeking to open a similarly themed high school in Los Angeles in 2022.

Diddy in 2016 donated $1 million to Howard University to help students who were struggling to pay off their student debt.

West has, at least historically, made education a central theme of his music. He also donated money to fully cover the college tuition of George Floyd’s daughter, Gianna Floyd.

Jay-Z has created a scholarship foundation that has sent students to study abroad and has also – along with his wife, Beyoncé – donated $2 million for scholarships to support students at historically Black colleges and universities.

Whatever one makes of the fact that these men – who all turned their backs on higher education decades ago – would turn around and use their fame and fortune to invest millions of dollars in a college education for others, their stories represent only a glimpse of hip-hop’s complicated relationship with education.

As one who studies the use of hip-hop in educational settings, I have identified at least three ways hip-hop views formal education.

A 2005 study concluded that “from the perspective of rap music, the discourse of education is largely dysfunctional when it comes to meeting the material, social and cultural needs of African American youth.”

Perhaps no rap group has expressed this view more clearly – and scathingly – than dead prez, who were inspired by their high school experience to conclude in a 2000 song titled “They Schools” that: “They schools can’t teach us sh-t.”

Notably, it wasn’t education that dead prez despised, but the racist manner in which they saw it being delivered.

As stic man – one half of dead prez – recited in the song:

Dead prez’s critique of public education was by no means the first time a hip-hop artist called out American education as racist.

Much like the English rock band Pink Floyd’s cynical lyrics “We don’t need no education / we don’t need no thought control,” many of hip-hop’s pioneering artists depict mainstream education as being designed to miseducate and program its students.

In 1989’s “You Must Learn,” KRS-One suggests that schools should use a more culturally relevant approach when he raps, “It seems to me that in a school that’s ebony / African history should be pumped up steadily, but it’s not / and this has got to stop.”

In 2017’s “Black Still,” Scarface raps: “Our kids educated by the enemy / And they don’t know sh-t about their history / Cause they ain’t teaching that in school.”

In their own way, these lyrics highlight frustrations with mainstream education’s lack of a viable ethnic studies curriculum, which has proved to foster cross-cultural understanding, self-respect and diverse perspectives.

Many rappers have called out public education for failing to emphasize self-reliance and how to build wealth in a capitalistic society. For instance, in his 2015 song, “Fly,” the rapper Hopsin recounts how teachers wrongly tried to make him think that going to school is the only way to succeed.

Hopsin raps, “I was taught education is the only way to make it / Then how’d I get so much money inside my savings? / My teachers never saw the heights that I’m f-cking aiming / Did the man who invented college, go to college? Hm, okay then”

A 2007 study found that hard-core rap “supports a strong capitalist ideology” and that high school students in a New York City high school found this ideology “attractive because it supports their dreams and expectations of a successful and prosperous adulthood.”

This is one of the reasons that the entrepreneurial messages of rappers like Nipsey Hussle, 50 Cent and Master P tend to resonate.

A few prominent rappers also speak to building wealth. In 2017’s “The Story of OJ,” Jay-Z speaks about generational wealth.

When rap artists find success, they often flaunt it in the face of former teachers who were naysayers – offering them a sort of “look-at-me-now” clapback by calling attention to their triumph despite a lack of formal education.

For example, the first words in Notorious B.I.G.’s 1994 song “Juicy” were “Yeah, this album is dedicated to all the teachers that told me I’d never amount to nothin’.”

While such braggadocio appears to focus only on the financial aspects of success, the lyrics reflect a deeper issue of how traditional schooling stifles the imagination and creativity that power entrepreneurial interests. In this paradigm, teachers are often cast as dream killers.

Nevertheless, Meek Mill announced in 2016 that he had enrolled in college because “being educated makes you money, and I like making money and taking care of my family.” More recently, in 2020, Meek Mill announced that he and Michael Rubin, a co-owner of the NBA’s Philadelphia 76ers, were teaming up start a $2 million scholarship fund for students in Meek’s hometown of Philadelphia.

3. Education is still a viable plan

When hip-hop was just beginning to go mainstream in the 1980s, there was an abundance of rappers who urged listeners to pursue education after high school. For example, Run DMC, in the classic 1984 song “It’s Like That,” rapped, “You should’ve gone to school, you could’ve learned a trade / But you laid in the bed where the bums have laid.”

Similarly, Grandmaster Flash and the Furious Five rapped in a classic 1982 song “The Message”: “You say I’m cool, I’m no fool / But then you wind up dropping out of high school.”

L.L. Cool J rapped in 1987’s “The Breakthrough”: “So get your own on your own / it’ll strengthen your soul / Stop livin’ off your parents like you’re three years old / Instead of walkin’ like you’re limp and talkin’ yang about me / Why don’t you take your monkey-ass and get a college degree?”

But much has changed since the 1980s. According to one study, in the past three decades, instead of closing the racial wealth gap for Black college grads, college debt and unemployment have expanded it.

Hip-hop education has already proved it can provide both cultural relevance and improved academic performance. As one study suggests, if implemented in the right way in a classroom setting, “hip-hop can be a powerful tool to engage youth of color.”

In short, the blending of hip-hop culture and education has the potential to reshape schools in a way that works for everyone.