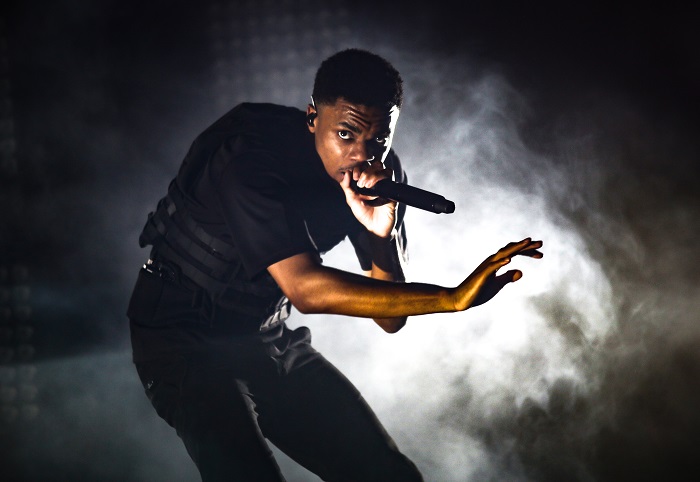 Ahead of its release, Vince Staples explains that his eponymous album was a more personal work than those that came before. The Long Beach rapper has never shied away from bringing the fullness of his personality to his music—it’s what makes him such a consistently entertaining listen—but Vince Staples, aided by Kenny Beats, who produced the project, is more clear-eyed than ever. Opener “ARE YOU WITH THAT?” is immediate: “Whenever I miss those days/Visit my Crips that lay/Under the ground, runnin’ around, we was them kids that played/All in the street, followin’ leads of n***as who lost they ways,” he muses in the second verse, assessing the misguided aspirations that marked his childhood even as the threat of violence and death loomed.

It’s not that Staples hasn’t broached these topics before—it’s that he’s rarely been this explicit regarding his own feelings about them. His sharp matter-of-factness and acerbic humor have often masked criticism in piercing barbs and commentary in unflinching bravado. Here, he’s direct. The songs, like a series of vignettes that don’t even reach the three-minute mark, feel intimately autobiographical. “SUNDOWN TOWN” reflects on the distrustful mentality that comes with taking losses and having the rug pulled out from under you one too many times (“When I see my fans, I’m too paranoid to shake their hands”); “TAKE ME HOME” illuminates how the pull of the past, of “home,” can still linger even after you’ve escaped it (“Been all across this atlas but keep coming back to this place ’cause it trapped us”). Some might call this an album of maturation, but it ultimately seems more like an invitation—Staples finally allowing his fans to know him just a bit more.