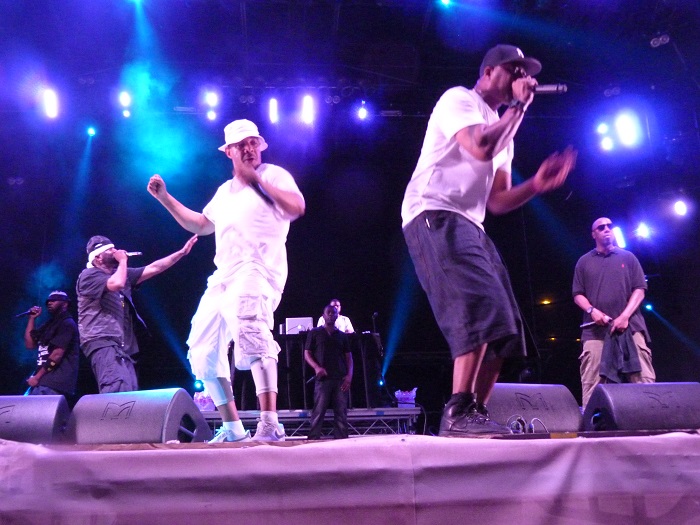 In 1993, the Wu-Tang Clan were a grim, grimy, grindhouse alternative to G-funk’s baroque gangsta cinema: If Dr. Dre’s lush, lowrider-ready grooves were Terminator 2, then the scratchy, bloody, distorted productions of RZA on their debut album were Reservoir Dogs. Emerging from New York City’s most underrepresented borough—the literal island of Staten—here was a sound that, by nature or nurture, existed in its own raw, unapologetic bubble: corroded soul breaks, snatches of dialogue and sound effects from arcane turn-of-the-’70s Hong Kong kung fu flicks, distended keyboard lines, tape noises, snaps, and stutters.

Wu-Tang emerged as a nine-member crew in the post-MTV age of small cliques, a mix of styles and voices that eventually carried more than a few solo careers: The violent beat poetry of Raekwon, Ghostface Killah, and Inspectah Deck; the drunken sing-to-scream ping-pong of Ol’ Dirty Bastard; the $5 words and scientific flows of GZA and Masta Killa; the boisterous coaching of RZA; the gritty rasp of U-God; and the fame-ready slick talk of Method Man, who was already getting a star turn on his eponymous track. Though melancholy reminiscences like “Can It Be All So Simple,” “C.R.E.A.M.,” and “Tearz” made a trilogy of evocative narratives, the Wu provided few easy inroads to their mythology and poetry. Instead, America was forced to enter their chamber, a lyrical swarm of hip-hop slang, the Five-Percent Nation’s Supreme Mathematics, and skits that sounded like taped conversations. They brought a singular ruckus and everyone from the similarly crew-oriented Odd Future, the wordy Logic, the mafioso-fueled Pusha T, the wild-styled Young Thug, and the noisy Sheck Wes all owe different types of gratitude.