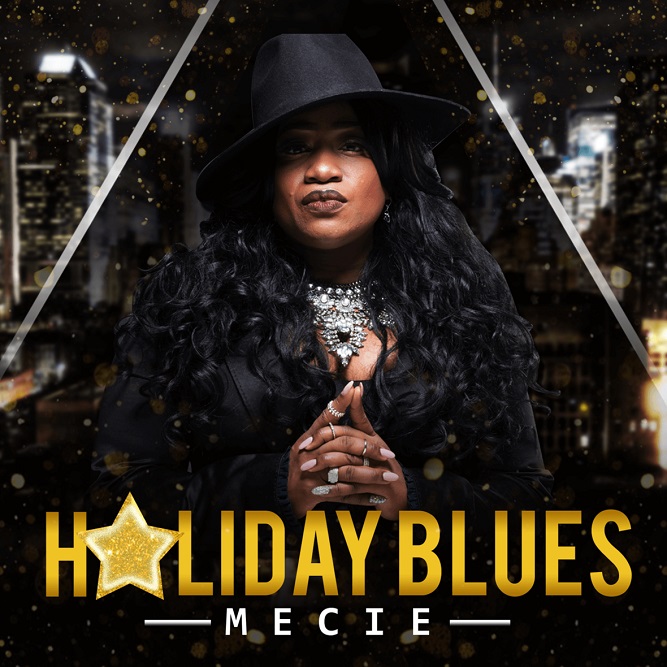 The 3-time GRAMMY Award-winner, writer, and producer Jamecia Bennett aka Mecie is back with her new single “Holiday Blues” just in time for Christmas. The multi-platinum artist made her bones with well-known recording artists such as Sting, Janet Jackson, Rod Stewart, Patti Labelle, Usher, Johnny Gill, Alexander O’neal and more. Now she is coming back to her roots with this blues offering on the Melodic Music Entertainment imprint in conjunction with Timeless Entertainment Group. Click Below To See The Feat. Video! 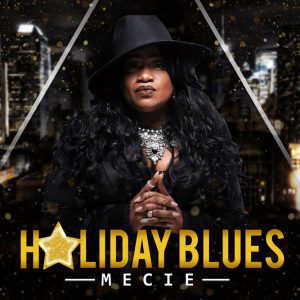 What they are saying about ‘Holiday Blues’

“Raw, soulful, holiday heartbreaking blues, to be listened to with some brown liquor with your best friends taking your phone so you don’t send any texts you may regret in the morning!” – Marsha Ambrosius –

“Having The blues never sounded so good. This track took me to church, the club, and the bedroom; it is now in my playlist Mecie’s vocals are bananas!! Love it” – Michel’le

“Since I was a teen growing up in the Twin Cities Mecie has always been the true voice of our generation. This Christmas joint is the perfect example of vocal greatness crossing genres effortlessly. It’s as if she took Fantasia, Ray Charles, and sprinkled in a little bit of today’s urban sound to create this juke joint Christmas masterpiece. I love it!” – RL ( NEXT)

I love the soulfulness in the song and in the music!!! It really gives me that old soul feels that music is really lacking today. MECIE is definitely taking us back to the old school with this one right here! –Twoey- of GRAMMY-nominated group The Hamiltones

Nobody tops Mecie at full voice and her rendition of Holiday Blues is soul-wrenching – Jerry Doby, Editor-in-Chief of The Hype Magazine

Mecie, who has also added her signature talents on the hit singles “Fly Again” and “Soul Holiday” for the GRAMMY Award-winning and legendary group The Sounds of Blackness as well as “Cast The First Stone” for GRAMMY Award-winner Le’Andria Johnson is again looking to treat her fans worldwide to the best of songs as she beauty marks the face of Blues with another roof-raising release, “Holiday Blues” produced by platinum producer “Herb Middleton.”

MECIE is looking to make a major impact on the music scene in 2020 bringing back the love of live blues, the root of soul music again, a feature that has been lost for a while. There has been an absence of thought-provoking, healing music in recent times and MECIE is looking to resurrect music that heals and talks about love, pain, and relationships of this generation. This goal has been reiterated with her recent works which include the recently released “Man For Me” written and produced by Mike Decole, J. Isaac Moore, Robbie Rob, and Jamecia Bennett and recent collab with another talented recording artist, Raheem DeVaughn titled “Need To Know.

Part of a great musical legacy including coming up under Jimmy Jam and Terry Lewis who have been Mecie’s mentors for years, this multi-hyphenate artist is heading into the new decade with a serious purpose. About her relationship with the super duo she says “They taught me the studio process and were responsible for many of my musical accomplishments, I will always be grateful.” She was part of the musical tribute to the pair at the 2019 Soul Train Music Awards.

Singer, Songwriter, Actress, Producer, Vocal Arranger, and Artist Developer with a passion for making good music. The 3-time GRAMMY Award-winner currently lives in Minneapolis where she is either gigging with her live band “J Movement “or carrying the torch of being the new featured vocalist of the original GRAMMY Award-winning Sounds of Blackness.