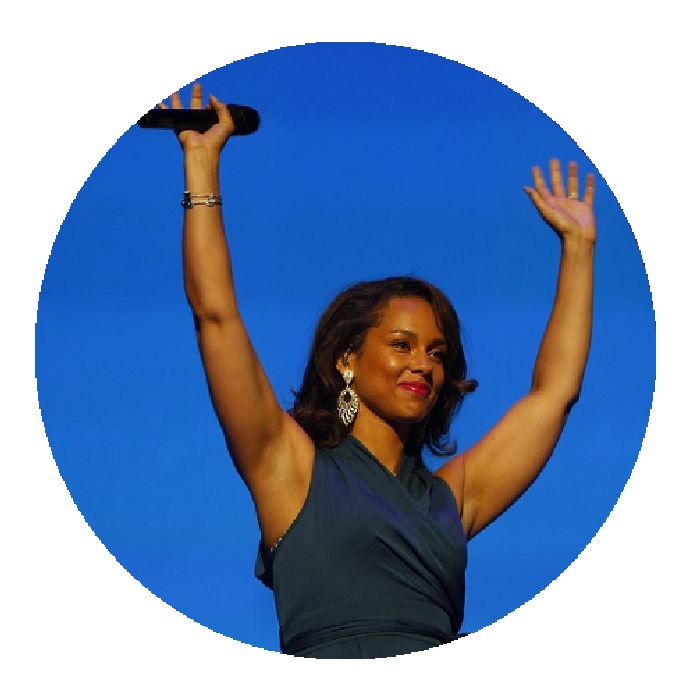 Which goddess comes to mind when you think of Alicia Keys? It’s hard to narrow down because she embodies so many, but one thing is for certain. Alicia Keys’ music has labeled her a keystone in the music industry with a seemingly unreachable talent for songwriting.

Keys was signed to a label by the time she was fifteen years old. Since then, her music has only brought joy and positivity to the world. She was sporting 5 Grammy awards by 21! That count has grown to 15 Awards today, with numerous other achievements along the way.

Saying that Keys is an icon in music is an understatement. She has topped chart around the world. She has been featured in films, as well as made soundtracks to movies. Her voice has been marked in almost every genre of music.

What sets Keys apart from other musicians today is quite simple. She is a multifaceted talent, with a deep knowledge of music, arranging and composing. Her dedication and training has led to a mature and flawless style. Keys is also an artist who performs better live than in recording, a true rarity in our time.

In 2016, Alicia Keys hosted a concert at Times Square to promote her album at the time. What other artists have had Time Square literally shut down for them to perform? not many. Needless to say, every song in her performaces are filled with importance and meaning. Many journalists even struggle to review her shows and concerts, because they feel their words cannot describe the sheer beauty of her events.

Alicia Keys shows are not embellished with extravagant visuals, pyrotechnics, or audio effects. You’ll either see her standing at her microphone, or sitting at her piano. That is all she needs to send her audience through a roller-coaster of emotions. Every concert is a reminder that she absolutely KILLS it on the piano, as she plays impromptu melodies while she tells stories.

After her contract with RCA Records ended following the release of Keys, Alicia released her ninth studio album and first Christmas album Santa Baby on 4th November 2022 exclusively on Apple Music, her first release as an independent artist.

The charm of Santa Baby isn’t just the range of material, but how well that range captures Alicia Keys’ appeal. She’s playful (“Santa Baby”), she’s seductive (a lounge-y, downtempo revision of “Favorite Things”), she’s sophisticated (“Please Come Home for Christmas”) and earnest (John Lennon & Yoko Ono’s “Happy Xmas [War Is Over]”). And in a turn that’ll surprise anyone who’s heard their share of Christmas pop albums, two of the best tracks are Keys originals: the jazzy, Jackson 5-ish soul of “December Back 2 June” and the piano ballad “Not Even The King,” a track from Keys’ Girl On Fire that captures the gratitude and humility of the holiday without even mentioning snow.