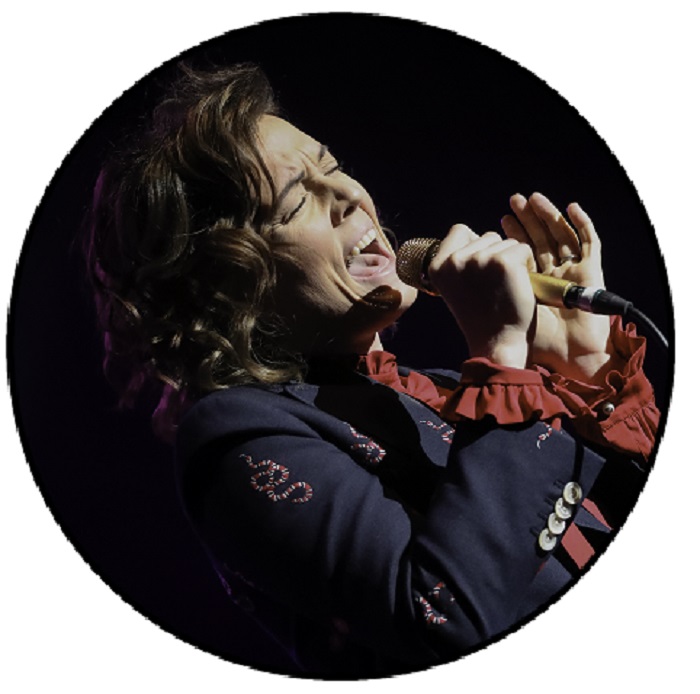 Brandi Carlile in a conversation about her new album and its provocative title. “That’s why it’s In These Silent Days. It’s a question: What did you learn? What did you make of yourself? What did you lose? What happened to you in this time? I want to invite people to reflect, because it’s such a pivotal time in human history, and a real spiritual upheaval for so many people in really positive and really negative, complicated ways.”

Carlile herself was in a deeply retrospective—and stationary—place when she started working on her seventh album. After the resounding success of 2018’s By the Way, I Forgive You (which earned her three Grammys), the folk-rock singer-songwriter and her collaborators Phil and Tim Hanseroth (affectionately known as “the twins”) spent much of the two years following its release on the road, pausing only to record the 2019 debut record from The Highwomen, Carlile’s country supergroup with Maren Morris, Amanda Shires, and Natalie Hemby, and for Carlile to co-produce While I’m Livin’, the comeback album for outlaw country queen Tanya Tucker. The pandemic forced a slowdown in 2020, and that’s when Carlile started writing—the songs that would eventually wind up on In These Silent Days, but also her memoir, Broken Horses.

“Writing that book gave me this really linear understanding of ‘here’s how I started and here’s how I am, and these are the things in between that made it so,’ and it was such clarity,” she says. “This was the first time that I knew what I was writing the songs about while I was writing them. I had so much more to pull from, so much more sensory material, than this abstract half-truth.”

In These Silent Days meets the standard Carlile has set for her own songwriting: Piano-laden power ballads abound, from the sweeping grandeur of album opener “Right on Time” to the Elton John-channeling “Letter to the Past” through to “Sinners, Saints and Fools,” which gives any rock opera climax a run for its money. Fingerpickin’ folk anthems (“Mama Werewolf”), acoustic meditations (“When You’re Wrong”), and straightforward rock (“Broken Horses”) round out the album and recall the intimacy and intensity that have come to define her live shows. It’s both a companion piece to her memoir and a separate musical autobiography: This is how Carlile spent her silent days, and she wouldn’t have had it any other way.

“I realized how much affirmation I get from strangers—that life-affirming response that you get from an audience when you perform,” she says of her new perspective gleaned from this transformative time. “If everybody could just have a job where they just go to scream and stomp all the time, I think they would probably find themselves a little more well-rounded.”