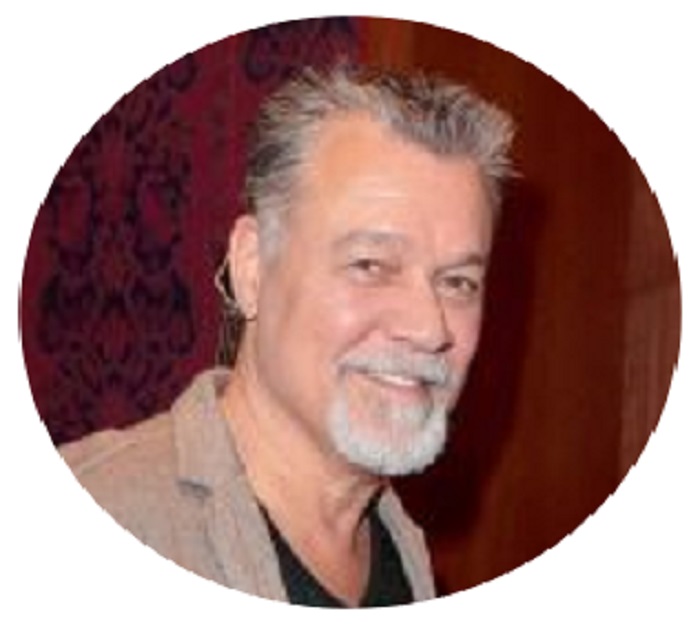 The legendary guitarist Eddie Van Halen has died aged 65. One of the most influential guitarists of the modern age, Van Halen was known for his mastery of the two-handed tapping technique and for bringing the virtuosic rock guitar solo back into the popular music mainstream in the late 70s and 1980s.

One of the great innovators, Van Halen formed a bridge between 1970s rock styles and heavy metal sounds of the 1980s. He delivered his best work with a nonchalance that belied the training and dedication driving him and his band to succeed.

Born in the Netherlands in 1955, Van Halen came from a musical family. His father played saxophone and clarinet professionally and ensured Van Halen and his older brother, Alex, started piano lessons from a young age.

The family immigrated to the US in 1962 and the young Van Halen brothers later discovered rock music, with Jimi Hendrix and Eric Clapton as early heroes.

In his first Guitar Player magazine interview in 1978, Van Halen mentioned Clapton as a formative influence, having learnt his solos note for note.

In 1972, while still in high school, the brothers formed the band Mammoth, hiring a public address system from David Lee Roth. Van Halen originally sang as well as playing guitar, but he tired of combining duties so Roth (and his PA) joined the band.

Mammoth caught the attention of Kiss’s Gene Simmons, who financed an early demo tape, and then producer Ted Templeman who signed the group to a record deal. Their first album, Van Halen (1978), was recorded quickly, drawing on their live sound and set list.

It was the album’s second track, Eruption, that captured the attention of guitarists.

This tour de force shows Van Halen had already developed his signature style by his early 20s. Opening power chords signal a call to attention while licks based on blues and rock phrases are transformed through sheer speed and intensity. The tone has a power, presence and clarity rarely heard in rock guitar recordings of the time.

The climax of the piece is the famous two-handed tapping section. With a concluding dive bomb – a pitch descent courtesy of subtle manipulation of the whammy bar, Van Halen ushered in a new era in electric guitar playing.

The sounds and techniques used in Eruption seemed to be only possible on the electric guitar, exploiting the instrument’s responsiveness and tactile immediacy.

But Van Halen continued to seek new means of musical expression and on Van Halen II (1979), he gave us an example of what was possible when his virtuosic approach was adapted to the acoustic guitar.

Van Halen was always modifying his guitars. Early experiments led to him creating his “Frankenstein guitar” in 1974, fusing the neck and humbucker pickup from a Gibson guitar onto a Fender Stratocaster body. He added the stripes that became his signature.

He remained involved in designing new instruments throughout his career, collaborating with makers such as Music Man, Charvel and Fender.

Van Halen’s sound was loud and distorted but also clear and focused. Often referred to as the “brown” sound for its feeling of organic warmth, this sound has gone on to inspire generations of guitarists.

The band’s biggest commercial success was the album 1984, where Van Halen turned to keyboards in both writing and recording.

On the single Jump, keyboard chords ground the song but an improvised, high energy electric guitar solo reminds the listener of Van Halen’s virtuosity as he leads the band into a Bach-inspired, keyboard fantasy.

Jammed into 32 seconds, Van Halen’s solo is a masterpiece of construction, featuring pitch manipulation with the whammy bar, squealing harmonics, rapid-fire two-handed tapping, scurrying scalar licks (or quick scales) and a final ascending tremolo line that soars to the upper reaches of the fretboard and makes you wonder what just happened.

It is one of the most famous rock guitar solos around.

Van Halen was diagnosed with tongue cancer in 2000, and declared cancer free in 2002. In 2019, it was first reported he had been battling throat cancer for five years.

In 2015, Rolling Stone named Van Halen as number eight on a list of the world’s greatest guitarists of all time. But as his career shows, his talent wasn’t simply in his musical virtuosity, but in his innovation: creating a brand new sound for rock music, but also in the design of the guitar itself.

Published in Conversations and Videos