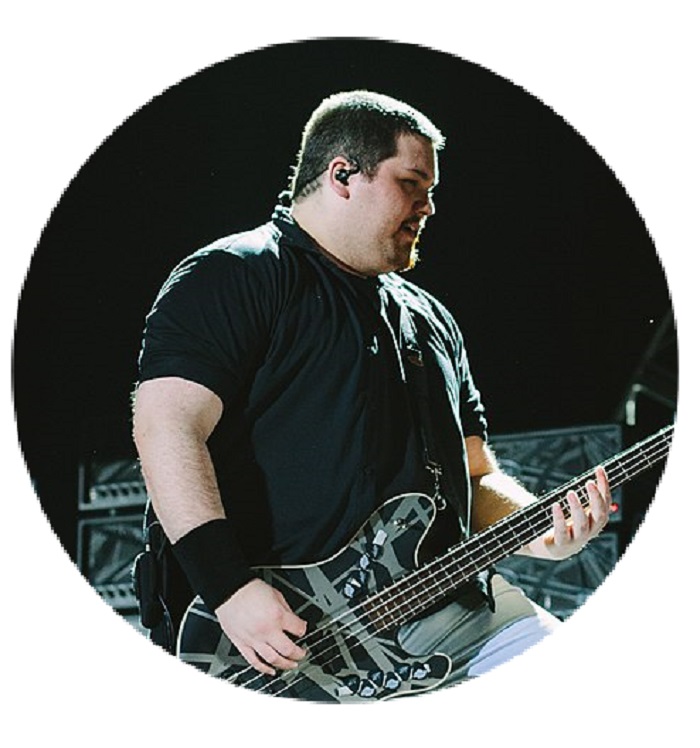 It’s Impossible To Ignore Where I’m From, So I Wanted To Touch On The History – Mammoth WVH

When Wolfgang Van Halen joined his dad and uncle’s legendary and eponymous rock band at age 15, he quickly proved himself as a bass prodigy in a band of virtuosos. While on tour with Van Halen in 2015, he began composing songs for what would become his solo debut, Mammoth WVH—an album on which he plays all the instruments and performs all the vocals. “It was a labor of love,” he tells Apple Music. “It was so much fun to creatively explore and have no bounds.” It’s no coincidence that Mammoth was the moniker Van Halen went by before they changed their name in the mid-70s. Wolfgang chose it to maintain a musical connection to his dad, who passed in 2020. “It’s impossible to ignore where I’m from, so I wanted to touch on the history while taking it in my own direction,” he says. “Plus, I’ve always loved the name. When my dad told me the story, I was like, ‘I want to call my own band that when I grow up.” Below, he discusses each track.

“Mr. Ed”
“Contrary to the title, this lyrically has nothing to do with dad. It was the demo title because I harmonically tap the intro, and it just kind of stuck around. It’s a tongue-in-cheek, funny title for the song, so even after the lyrics were done I decided to keep it.”

“Horribly Right”
“This is a song I wrote in New York when we had a week off on the 2015 Van Halen tour. Rather than going home, I stayed in my hotel and made the demo that became this song. It was really fun to take a quick break from tour and just lock myself in my room and write. The title comes from the punchline of a story that my producer was telling me—something like, ‘If we get there, things will have to go horribly right for us.’ I just thought it fit the vibe of the song.”

“Epiphany”
“I view this as one of the core-sounding songs. It’s kind of like the center of what the band is really about. Just like ‘Mr. Ed,’ ‘Epiphany’ was the demo title because I was just cleaning my kitchen when the melody came to me. I ran upstairs, but instead of recording the idea on my phone, I went straight to Logic and made a demo. And the song came out pretty similar to that demo, so I kept the title.”

“Don’t Back Down”
“I like to think of this one as the fight song. It’s the song you throw on when you want your team to just beat the shit out of the other team. It really has that galloping, Black Sabbath sort of vibe—you can hear it with the riff and the fuzz tone on the guitars. It’s a really fun, balls to the wall rocker.”

“Resolve”
“This one is super different from the rest of the album—a little bit to the left of the main sound. The bass is grooving the whole time, and it rarely changes. It’s just locked in a groove with the drums. But it’s a softer, more melodic kind of groovy song—very vocal heavy. It’s another one I wrote on the 2015 Van Halen tour, this time in the back of the bus.”

“You’ll Be the One”
“This is a shorter song with a dance drumbeat that I really love. I was kind of cheeky with the intro on this one—you don’t really know where the one is, and the drums come in on the up-beat. So when it finally hits, you’re kind of playing catch up and you don’t really start to get it until the vocals come in. It kind of forces you to pay attention. The solo was done with a talk box that I’d never used before. I was so bad at it that I had to tape my nose because I kept breathing into the mic while I was doing it.”

“Mammoth”
“I love the self-titled debut with the self-titled song—that triple hit. I was definitely following Black Sabbath and Iron Maiden with this idea. I think Green Day did it, too. Like ‘Epiphany,’ I feel this is the core sound of the band, which is why the name of the song is also the name of the band and the album. It’s also at the center of the album. It’s a really personal song about anxiety and depression and finding your way out of it—or at least attempting to.”

“Circles”
“This is probably the most different song on the whole album. It’s a really fun one that came together during the recording process. It’s got a lot of layers, but it’s primarily rooted in kind of an acoustic rhythm, and I really enjoy how dark and gloomy the song is. I’m also a big fan of vocal harmonies, so it was fun to really go nuts on this one. I think every single line is harmonized throughout the verse, except for the little bridge.”

“The Big Picture”
“The demo title for this one was ‘Queens,’ because I’m a big Queens of the Stone Age fan and this very much has that fuzzy Queens vibe. It’s almost like Queens and Alice In Chains had a baby. I’m a big fan of bendy riffs, and this has a super bendy one, but my favorite part is the bridge, with the layered harmonies.”

“Think it Over”
“This was my dad’s favorite song on the album. It’s really just a straight-up pop song that really echoes the bands I grew up on, like Blink-182 and Jimmy Eat World. It has that pop sensibility, but it’s still very much within the Mammoth sound. My dad called my solo a ‘George Harrison solo,’ which was one of my favorite compliments he gave me. It’s not a flashy solo, but melodically it perfectly fits the song.”

“You’re to Blame”
“This has a very Rage Against the Machine or Audioslave kind of riff and a really fun solo. Most of the songs don’t really have too many solos, maybe some little leads here and there. When it comes to solos, I always do it for the song. When you’re part of a band, you maybe want to show off when you’re playing just one instrument. But when you’re playing everything, you kind of look like an asshole if you’re trying to show off on every instrument. It really makes you respect the songwriting process and write the best song rather than be like, ‘Hey, I did that!’”

“Feel”
“The first time I posted it on my Instagram was in like 2015, so it’s crazy to have it finally coming out. For one of the guitar tracks, I played my dad’s original Frankenstein guitar. I played it on ‘Mammoth’ as well. When he pulled it out, he kind of noodled with it for a second and then sort of haphazardly tossed it on to the couch and everyone in the room just gasped. To him, it’s just a piece of junk he put together, but to us it’s the most recognizable guitar in music history.”

“Stone”
“The intention with this one was to make an epic finale. It’s a bit longer, over six minutes, and it’s almost like Nine Inch Nails and Black Sabbath had a baby. It has that kind of darker, sludgy vibe.”

“Distance”
“This is a bonus track. I originally put this out for Pop and had all the proceeds go to his favorite charity, Mr. Holland’s Opus Foundation, but after the crazy success that it saw, we felt like it was a good idea to have it on the album. Dad had been up and down so much health-wise over the years, and emotionally it was a tough thing to go through. I wrote this song imagining what it would be like to be without him, and it ended up being really poignant. It’s really about loss, and I think anybody can relate to that.”