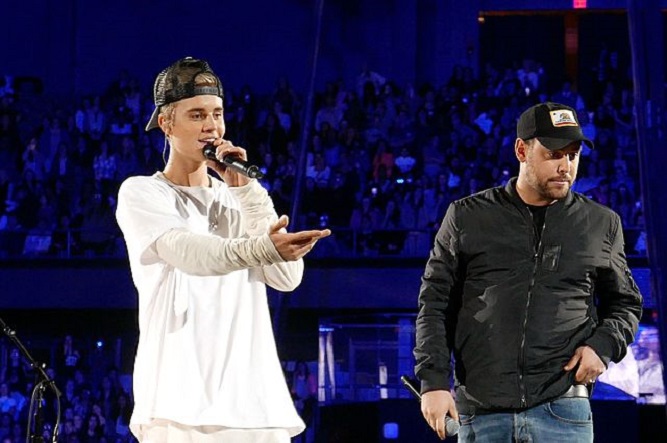 When Justin Bieber released his debut album My World 2.0 in 2010, he was a bashful 16-year-old YouTuber with sideswept bangs and teen-idol magnetism. What a decade it’s been. “I definitely have grown up in front of the world,” he says, which feels like an understatement when you consider how he’s also helped to shape it—crossing genres, borders, and language barriers long before that became standard practice for modern pop. In early 2019, he hit a breaking point and announced a hiatus from music, citing a need to work on “deep-rooted issues” and saying he wanted to focus on being a better husband to his new wife Hailey Baldwin. His confessional fifth album Changes is an arms-wide-open tribute to her, as well as to his faith, and describes the healing he found from each.

The album is more than the end of an era—to Justin as rebellious playboy and pop maximalist—it also marks the beginning of a more focused, settled life. “Never thought I could ever be loyal to someone other than myself,” he sings on opener “All Around Me,” a clear-eyed pledge of commitment and luxury comforts, backed by delicate strings (most of the album was produced by his longtime collaborator Jason “Poo Bear” Boyd). On the piano ballad “Confirmation,” he praises the importance of slowing down and being present: “So quick to move forward, no pressure/And we got the rest, got the rest, got the rest of our lives.” Although there are occasional nods to his slick R&B past (the bedroom cut “Yummy,” the flirtatious “Intentions” featuring Quavo), the majority of the album is acoustic, romantic, and spiritual.

It wasn’t easy for the singer to regain his confidence and clarity. “I was dealing with a lot of fear,” he says. “What am I going to talk about again? [How] is it going to be received?” A turning point came when he performed with Ariana Grande at the 2019 Coachella music festival as her surprise guest. “I saw how people reacted when I went onstage. It gave me a boost of confidence and reminded me, ‘Oh, this is what I do. This is what I’m good at. I don’t need to run away from it.’ I was running away. But when something’s hard, it’s almost like we need to run towards the pain and run towards the hurt rather than run away from it. That’s when I think you get healing.”
Changes Justin Bieber

TITLE TIME
All Around Me

Published in Conversations and New Music