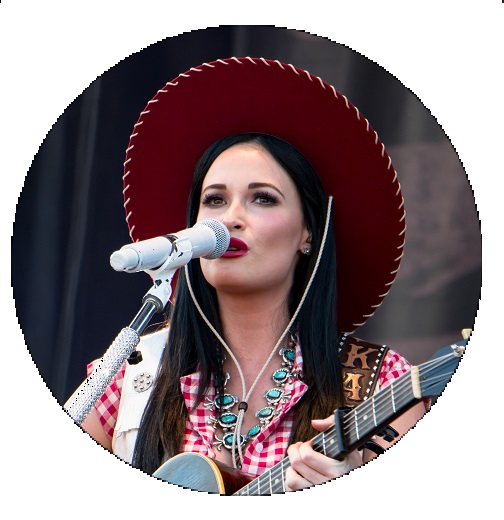 “I think that there is always reward in choosing to be the most vulnerable,” Kacey Musgraves tells Apple Music. “I have to remind myself that that’s one of the strongest things you can do, is to be witness to being vulnerable. So I’m just trying to lean into that, and all the emotions that come with that. The whole point of it is human connection.”

With 2018’s crossover breakthrough Golden Hour, Musgraves guided listeners through a Technicolor vision of falling in love, documenting the early stages of a romantic relationship and the blissed-out, dreamy feelings that often come with them. But the rose-colored glasses are off on star-crossed, which chronicles the eventual dissolution of that same relationship and the ensuing fallout. Presented as a tragedy in three acts, star-crossed moves through sadness, anger, and, eventually, hopeful redemption, with Musgraves and collaborators Daniel Tashian and Ian Fitchuk broadening the already spacey soundscape of Golden Hour into something truly deserving of the descriptors “lush” and “cinematic.” (To boot, the album releases in tandem with an accompanying film.) Below, Musgraves shares insight into several of star-crossed’s key tracks.

“star-crossed”
“[Guided psychedelic trips] are incredible. At the beginning of this year, I was like, ‘I want the chance to transform my trauma into something else, and I want to give myself that opportunity, even if it’s painful.’ And man, it was completely life-changing in so many ways, but it also triggered this whole big bang of not only the album title, but the song ‘star-crossed,’ the concept, me looking into the structure of tragedies themselves as an art form throughout time. It brought me closer to myself, the living thread that moves through all living things, to my creativity, the muse.”

“if this was a movie..”
“I remember being in the house, things had just completely fallen apart in the relationship. And I remember thinking, ‘Man, if this was a movie, it wouldn’t be like this at all.’ Like, I’d hear his car, he’d be running up the stairs and grabbing my face and say we’re being stupid and we’d just go back to normal. And it’s just not like that. I think I can be an idealist, like an optimist in relationships, but I also love logic. I do well with someone who can also recognize common sense and logic, and doesn’t get, like, lost in like these lofty emotions.”

“camera roll”
“I thought I was fine. I was on an upswing of confidence. I’m feeling good about these life changes, where I’m at; I made the right decision and we’re moving forward. And then, in a moment of, I don’t know, I guess boredom and weakness, I found myself just way back in the camera roll, just one night alone in my bedroom. Now I’m back in 2018, now I’m in 2017. And what’s crazy is that we never take pictures of the bad times. There’s no documentation of the fight that you had where, I don’t know, you just pushed it a little too far.”

“hookup scene”
“So it was actually on Thanksgiving Day, and I had been let down by someone who was going to come visit me. And it was kind of my first few steps into exploring being a single 30-something-year-old person, after a marriage and after a huge point in my career, more notoriety. It was a really naked place. We live in this hookup culture; I’m for it. I’m for whatever makes you feel happy, as long as it’s safe, doesn’t hurt other people, fine. But I’ve just never experienced that, the dating app culture and all that. It was a little shocking. And it made me just think that we all have flaws.”

“gracias a la vida”
“It was written by Violeta Parra, and I just think it’s kind of astounding that she wrote that song. It was on her last release, and then she committed suicide. And this was basically, in a sense, her suicide note to the world, saying, ‘Thank you, life. You have given me so much. You’ve given me the beautiful and the terrible, and that has made up my song.’ Then you have Mercedes Sosa, who rerecords the song. Rereleases it. It finds new life. And then here I am. I’m this random Texan girl. I’m in Nashville. I’m out in outer space. I’m on a mushroom trip. And this song finds me in that state and inspires me to record it. It keeps reaching through time and living on, and I wanted to apply that sonically to the song, too.”