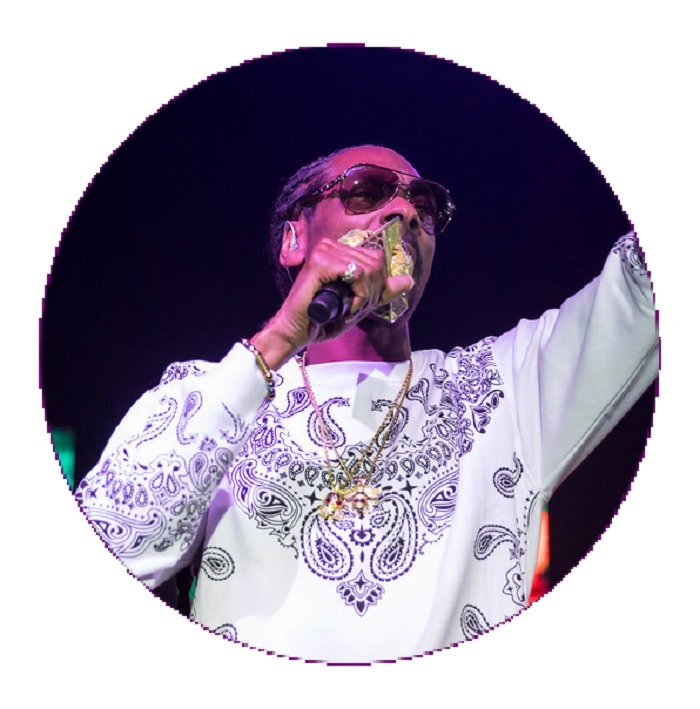 Snoop Dogg (previously Snoop Doggy Dogg and briefly Snoop Lion), is an American rapper, songwriter, media personality, actor, and entrepreneur. His fame dates to 1992 when he featured on Dr. Dre’s debut solo single, “Deep Cover”, and then on Dre’s debut solo album, The Chronic. Broadus has since sold over 23 million albums in the United States and 35 million albums worldwide.

After leaving Death Row Records in January 1998, Broadus signed with No Limit Records, releasing three Snoop albums: Da Game Is to Be Sold, Not to Be Told (1998), No Limit Top Dogg (1999), and Tha Last Meal (2000). In 2002, he signed with Priority/Capitol/EMI Records, releasing Paid tha Cost to Be da Boss. In 2004, he signed to Geffen Records, releasing his next three albums: R&G (Rhythm & Gangsta): The Masterpiece, then Tha Blue Carpet Treatment, and Ego Trippin’. Priority Records released his album Malice ‘n Wonderland during 2009, followed by Doggumentary during 2011. Snoop Dogg has starred in motion pictures and hosted several television shows, including Doggy Fizzle Televizzle, Snoop Dogg’s Father Hood, and Dogg After Dark. He also coaches a youth football league and high-school football team. In September 2009, EMI hired him as the chairman of a reactivated Priority Records.

In 2012, after a trip to Jamaica, Broadus announced a conversion to Rastafari and a new alias, Snoop Lion. As Snoop Lion he released a reggae album, Reincarnated, and a documentary film of the same name, about his Jamaican experience, in early 2013. His 13th studio album, Bush, was released in May 2015 and marked a return of the Snoop Dogg name. His 14th solo studio album, Coolaid, was released in July 2016. In March 2016, the night before WrestleMania 32 in Arlington, Texas, he was inducted into the celebrity wing of the WWE Hall of Fame, having made several appearances for the company, including as master of ceremonies during a match at WrestleMania XXIV. In 2018, Snoop announced that he was “a born-again Christian” and released his first gospel album Bible of Love. On November 19, 2018, Snoop Dogg was given a star on the Hollywood Walk of Fame. He released his seventeenth solo album, I Wanna Thank Me, in 2019. In 2022, Snoop Dogg acquired Death Row Records from MNRK Music Group (formerly known as eOne Music), and released his 20th studio album, BODR. Snoop has had 17 Grammy nominations without a win.

In January 2022, Snoop Dogg announced that he would release his 19th studio album, BODR, on the same day as his Super Bowl Halftime Show performance. However, the album’s release was pushed forward two days and was released on February 11, 2022.

On February 10, 2022, Snoop Dogg announced that he is officially in charge at Death Row Records.

Published in Conversations and Streamapse Reports