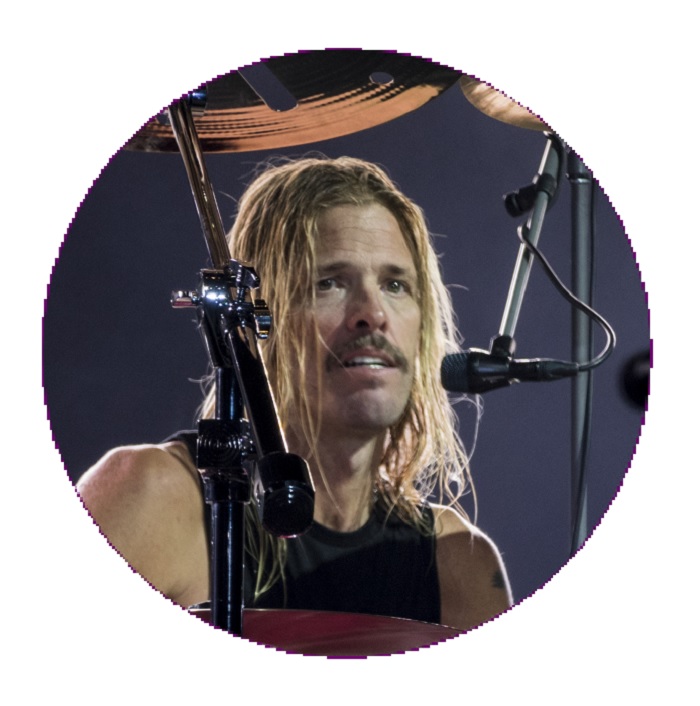 When Alanis Morissette’s drummer Taylor Hawkins joined Foo Fighters in 1997, it may have seemed like a daunting gig: Not only was he replacing a previous drummer, he was joining a band fronted by one of the greatest and most famous drummers in rock. But Hawkins’ boundless energy, skill, humor and musical omnivourousness made this a non-issue from the jump, and he went on to spend the next 25 years making people nearly forget Dave Grohl ever sat behind a drum kit to begin with. And during that time as the driving force behind the biggest hits from one of the world’s biggest bands, he also made time to indulge his ‘70s rock obsessions with his solo project, Taylor Hawkins & the Coattail Riders as well as his metal chops on the Foos’ 2022 Dream Widow side project. In between, he backed everyone from Nancy Wilson to Coheed and Cambria. Hawkins died in March 2022 at age 50.

Death
On March 25, 2022, emergency services were called to the Casa Medina hotel in Bogotá, Colombia, where Hawkins was suffering from chest pain in his hotel room. Health personnel arrived and found Hawkins unresponsive; they performed CPR, but he was declared dead at the scene. No cause of death was given.

The following day, Colombian authorities announced that a preliminary urine toxicology test indicated that Hawkins had ten substances in his system at the time of his death, including opioids, benzodiazepines, tricyclic antidepressants, and THC, the psychoactive compound in cannabis.

On March 27, 2022, Colombian news magazine Semana reported that Hawkins’ heart, at more than 600 g (21 oz), was around twice the weight of a typical adult male’s heart. It said that investigators concluded Hawkins had “suffered cardiovascular collapse” after ingesting a “cocktail of narcotics”.

On the night of his death, Hawkins was scheduled to perform with the Foo Fighters at the Estéreo Picnic Festival as part of their ongoing South American tour; the festival stage was turned into a candlelight vigil for Hawkins.

Jill Biden, the first lady of the United States, mourned Hawkins through a tweet. Tributes were paid to Hawkins, through Twitter, by many celebrities including Ringo Starr, Conan O’Brien, David Letterman, Questlove, Axl Rose, Ozzy Osbourne, Lenny Kravitz, Mick Jagger, Steven Tyler, Brian May, Slash, and many others.