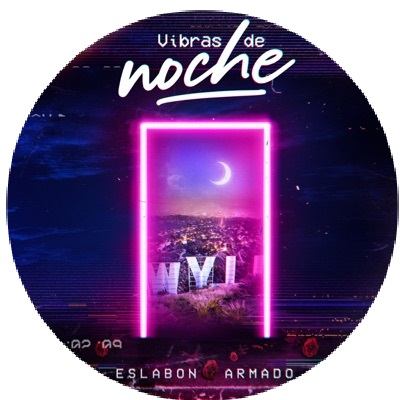 People tell me that when you listen to our songs at night, it hits more,” Eslabon Armado singer Pedro Tovar tells Apple Music. “It’s when people are most in their feelings.” While the core trio are still teenagers, they’ve quickly become rising stars in the world of regional Mexican music thanks in no small part to their 2020 album Tu Veneno Mortal. Looking for a silver lining amid the subsequent pandemic, Tovar spent his days recording with the group in the studio and his nights writing new songs in a hotel room. As a result, their planned short EP release turned into a full 14-song project, heavily laden with modern love songs but representing wider influences that range from classic boleros to indie pop. For Tovar, he’s simply grateful to be able to put out new music so soon after Tu Veneno Mortal and keep a growing legion of fans happy. “I never expected to be in the place that we’re in,” Tovar says. “It’s a blessing.”

Dame Tu Calor
“What’s crazy about this song, I almost didn’t finish it. When we were supposed to record in the studio, I did not have it completed. I just had a little piece and I needed to finish it. And this was actually like the second to last song that we recorded. I prayed to God so he can help me to write. I was at the hotel and like in 30 minutes I finished the song. And we really put it together. The instruments sound amazing. It’s really unique. The song is a love song where people may think it’s not a love song. People may think it’s a breakup song just because of how they hear it. They can hear it both ways.”

Ganas Que Te Tengo
“I was trying to keep the same energy from the last album. I had these songs called ‘Me Prendes’ and ‘Tentación.’ This song is kind of the same. It just has a deeper meaning to it. It was a story that I personally experienced with a girl at a party. Things happened, and I wrote, like, not all of it, but some parts about her. The thing is just a love song, but more like a love-affection song. They both love so bad that they would do whatever. There’s this part where it says, basically, we can do it anywhere—on the beach, in the car, and in a room; anywhere you want.”

Tal Vez
“I didn’t start out with love songs. I started with corridos. But this is one of my favorite songs on Vibras de Noche. This song is basically for a guy or a girl saying maybe. Like, ‘Maybe if I were with you, I would do this, we would do this together.’ But it’s a maybe; it’s not a for sure. It’s just a what-if song.”

¿Dónde Has Estado?
“I’ve been listening to different genres. One of my favorite artists hopefully one day I can do a collab with is Cuco. I really love his music. I’m really inspired with what he does and how he has Spanglish lyrics. So I was going to do something different. These lyrics are really depressed. And the instrumental, there’s a bass, acoustic guitar, electric guitar, the trumpet, and the drums. It’s just really cool. To bring a whole different genre like alternative to regional Mexicano and have the Spanish lyrics, for me that’s amazing.”

Tu Canción
“This one, I actually wrote it way before the album. I wrote it in my label CEO Angel’s house. I just had this inspiration there because it was right next to the port, on the water. I liked the vibe. It’s a really nice song. It’s basically a song to dedicate to someone. The first line says, ‘I did this song for you, my love.’ Honestly, I still to this day don’t know why I write love songs. I don’t see myself in it. I’m not in love; I’m not a guy that’s romantic.”

Cali
“I decided to put some corridos on this album as well. People have been asking, ‘Why are you guys writing love songs? You guys should put out some corridos.’ I demoed this corrido two or three months back around Tu Veneno Mortal. I didn’t put it out. I went live on Instagram and I demonstrated a little piece to the people and they liked it. It’s about the lifestyle in Cali, about all those people in trucks, just having a good time, vibing out, partying, drinking, all the stuff young people do in Cali.”

Tú Eres
“For this song, I got inspired from a lot of different old artists. Los Panchos, Los Tres Ases, all those trios that played the songs of bolero. Back in the old days, they had trios that would use classic guitars to play these songs, and three voices—there would be primera, segunda, and tercera. It just sounds so good. I was trying to give this song almost that same touch as a bolero, the same rhythm. And I was trying to point at both elderly people and young people. Boleros, they’re kind of dying out. People are still into them, but not young people. So I really put the song on for the young people as well as their parents and grandparents that might know boleros. I’m just trying to bring something back. At the end of the song, it’s really cool because we, like how boleros do, put three voices at a little part at the end. It just sounds really, really, really, really good.”

Te Quiero a Ti
“This is another love song. It’s another one of those songs that I wanted to bring back from Tu Veneno Mortal—the same chords, same melody, that same vibe as that album. This song is saying, like, ‘I love you and there’s no other person that I love.’ I just really see what people would do to their girlfriend or boyfriend. I have friends that are married, and I have friends that have girlfriends or they’re engaged.”

Atrapado
“This is kind of like trap, you know? Not like psychedelic, but more like full of feeling for those young people who do their things, how people smoke and people drink. If you can relate to both, it’s a song that basically says that they’re feeling really good. They don’t know or care where they are. It’s just a song for them.”

24 Horas
“The album was just supposed to have 13 songs. I wrote this song on one of the last days that I was at the hotel. The album was complete already, ready to be submitted everywhere. I had a little piece and I was at the hotel with my brother. I just caught inspiration, I don’t know from where. It was crazy, man. I finished this the same night when I wrote the little piece. The song is about depression; ‘¿Dónde Has Estado?’ has the same vibe. Mostly it’s about how a girl cheated on a guy, but it’s towards the end that it says that. They used to be in love, they used to have this connection. But towards the end, it shows how she left him for another guy. I have this one line that says, ‘I drove back with no control.’ And from there, everything, like, my heart just collapsed.”

La Trokita
“I’m not going to lie to you, but I’m pretty sure there’s more of an audience in the love genre than what I’m doing with ‘La Trokita.’ I wrote the song specifically for those people who drive trucks and who go to truck meets, all those things about trucks. They can listen to it and relate to it.”

Amor
“This song is another love song, saying to be comfortable. They’re free to do whatever they want. And it’s just a love bond of a young couple, doing the things that they do, like go around town, to the movies or to the beach, wherever they wind up. It’s just about young love.”

Romance
“I was telling this one towards mostly older people. It has that feeling of almost like a bolero. Not necessarily as a bolero, but it has the feeling and vibe to it. I wrote the song for all people who are in love who I know, people who have been in a relationship for years. It could be dedicated to anyone.”