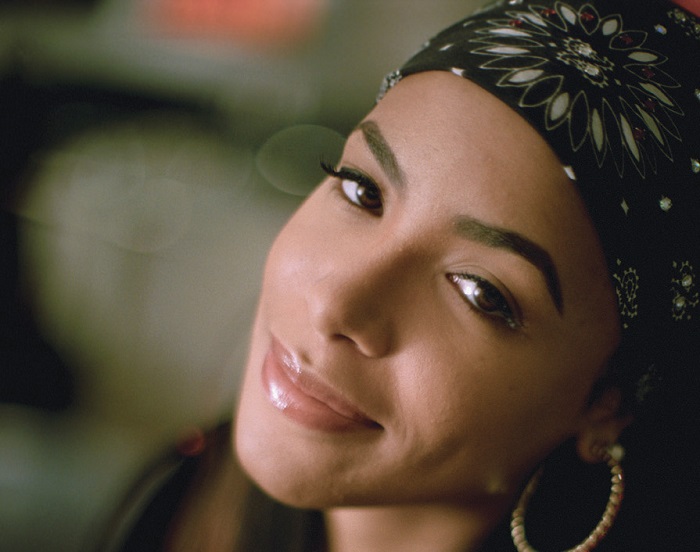 Aaliyah Dana Haughton was an American singer, actress, dancer, and model. She has been credited for helping to redefine contemporary R&B, pop and hip hop, earning her the nicknames the “Princess of R&B” and “Queen of Urban Pop”.

Born in Brooklyn and raised in Detroit, she first gained recognition at the age of 10, when she appeared on the television show Star Search and performed in concert alongside Gladys Knight. At the age of 12, Aaliyah signed with Jive Records and her uncle Barry Hankerson’s Blackground Records. Hankerson introduced her to R. Kelly, who became her mentor, as well as lead songwriter and producer of her debut album, Age Ain’t Nothing but a Number. The album sold three million copies in the United States and was certified double platinum by the Recording Industry Association of America (RIAA). After facing allegations of an illegal marriage with Kelly, Aaliyah ended her contract with Jive and signed with Atlantic Records.

Aaliyah worked with record producers Timbaland and Missy Elliott for her second album, One in a Million, which sold three million copies in the United States and more than eight million copies worldwide. In 2000, Aaliyah appeared in her first film, Romeo Must Die. She contributed to the film’s soundtrack, which spawned the single “Try Again”. The song topped the Billboard Hot 100 solely on airplay, making Aaliyah the first artist in Billboard history to achieve this goal. After completing Romeo Must Die, Aaliyah filmed her role in Queen of the Damned, and released, in 2001, her self-titled third and final studio album, which topped the Billboard 200.

On August 25, 2001, Aaliyah died at the age of 22 in an airplane accident in the Bahamas, when the badly overloaded aircraft she was traveling in crashed shortly after takeoff, killing all nine on board. The pilot was later found to have traces of cocaine and alcohol in his body, and was not qualified to fly the aircraft designated for the flight. Aaliyah’s family later filed a wrongful death lawsuit against the aircraft’s operator, Blackhawk International Airways, which was settled out of court.

In the decades since her death, Aaliyah’s music has continued to achieve commercial success, aided by several posthumous releases, and she has sold an estimated 24 to 32 million albums worldwide. Her accolades include three American Music Awards and two MTV VMAs, along with five Grammy Award nominations. Billboard lists her as the tenth most successful female R&B artist of the past 25 years, and the 27th most successful in history.

The absence of much of Aaliyah’s music in the digital streaming space had been a point of contention for fans and her estate alike; the allure of the singer who was elusive in life has only grown in death. But One in a Million, her second album, lived on and has helped create a blueprint for countless artists, many of whom may not have even been born at the time of its release. More than the sleek construction of her R&B, in perfect lockstep with her hip-hop mien, it’s the fluttery tone that remains inescapable. Instead of the fierce, in-your-face vocal acrobatics that defined the time, Aaliyah (in the first of her fruitful collaborations with the then-rising production/songwriting team of Timbaland and Missy Elliott) took a more hushed, vibes-y approach that gave off subtle seduction and effortless cool. She knew the power of aura and cultivated an air of mystery long before it became par for the course, and now it can be heard in context with her legions of progeny.