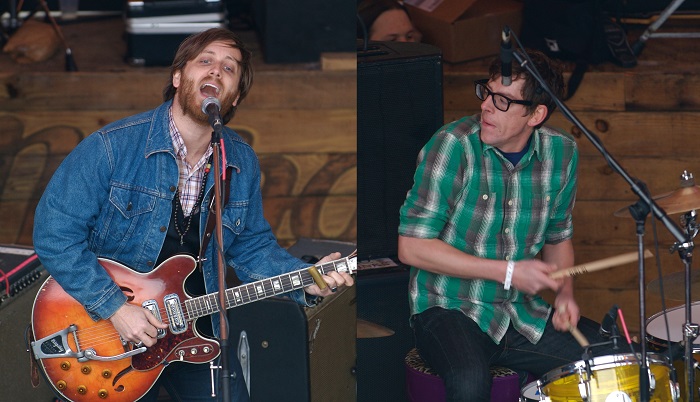 The Black Keys – Any Chance We Get To Turn People On Hill Country Blues, We Want To Do That

If 2019’s “Let’s Rock” allowed The Black Keys to go back to basics with their blues-smoked garage rock, then on Delta Kream, they honor the source. “Any chance we get to turn people on hill country blues, we want to do that, because it means that much to us,” singer-songwriter-guitarist Dan Auerbach tells Apple Music. “We love this music and definitely feel a close connection to it.”

Recorded during a two-day session in Nashville with local musicians Kenny Brown and Eric Deaton, the Nashville-by-way-of-Akron, Ohio duo’s 10th LP features reworkings of North Mississippi hill country blues standards they’ve been listening to since they were in their teens. Their passion for the genre shows in their raw and effortless performances—whether they turn John Lee Hooker’s “Crawling Kingsnake” into a six-minute incendiary jam or give the full treatment to R.L. Burnside’s “Mellow Peaches” with a soulful guitar interplay that rises into an intense crescendo.

But for the most part, Auerbach and drummer Patrick Carney are not interested in adding any bells and whistles, like on “Sad Days, Lonely Nights,” where they capture the live essence of Junior Kimbrough’s 1994 original. “Some of the best roots music are those spontaneous records,” Auerbach adds. “You can just feel this kind of nervous energy, but it was just fun.”