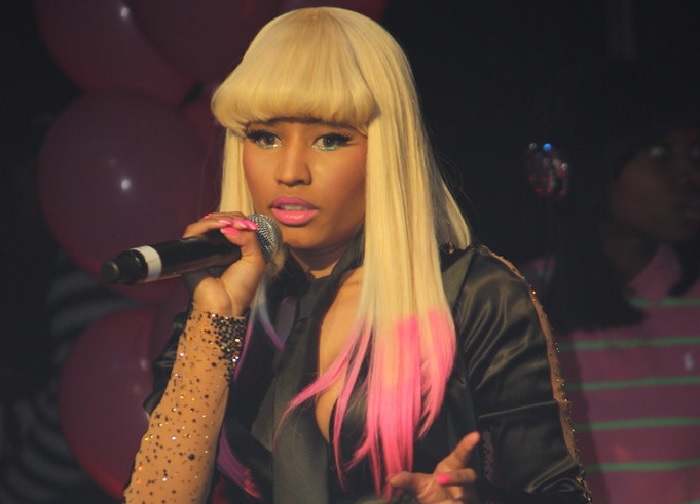 Nicki Minaj, is a Trinidadian-born rapper, singer, songwriter and actress. She is noted for her versatility as an artist, her lyricism and animated flow in her rapping and her usage of alter egos and accents. Minaj first gained recognition after releasing three mixtapes between 2007 and 2009. She rose to fame with her debut album, Pink Friday (2010), which topped the U.S. Billboard 200. The fifth single, “Super Bass”, reached number three on the U.S. Billboard Hot 100 and became the second song by a female rapper to be certified diamond in the US.

The follow-up album, Pink Friday: Roman Reloaded (2012), saw Minaj exploring a dance-pop sound, and reached number one in several countries worldwide. Her third and fourth studio albums, The Pinkprint (2014) and Queen (2018), explored more personal topics and marked a return to her hip hop roots. The former’s second single, “Anaconda”, became the first solo female rap video to reach one billion views on YouTube. Her collaboration with Karol G, “Tusa”, became the longest running number one single in Argentina. Minaj spawned her first and second U.S. number one singles with her remix of Doja Cat’s “Say So” and her collaboration with 6ix9ine “Trollz” in 2020, becoming the second female rapper to debut at number one on the chart with the latter. She became the first female artist to have one hundred Billboard Hot 100 entries and currently has twenty U.S. top ten singles, which is the most for any female rapper. All of her albums have reached the top two in the U.S. with the re-release of Beam Me Up Scotty (2009), having the highest debut for a female rap mixtape.

Minaj has been referred to as the “Queen of Rap” and “Queen of Hip Hop” by several media outlets. She is also one of the best-selling music artists, with 100 million records sold worldwide. Billboard ranked her as the top female rapper of the 2010s, and seventh among the top female artists. Her accolades include eight American Music Awards, five MTV Video Music Awards, six MTV Europe Music Awards, twelve BET Awards, four Billboard Music Awards, a Brit Award, and three Guinness World Records. In 2016, Time included her on their annual list of the 100 most influential people in the world. Outside of music, her film career has included voice roles in the animated films Ice Age: Continental Drift (2012) and The Angry Birds Movie 2 (2019) as well as supporting roles in the comedy films The Other Woman (2014) and Barbershop: The Next Cut (2016). She is currently the most followed rapper on Instagram with over 175 million followers.

On January 27, 2022, Minaj announced a new song called “Do We Have a Problem?” featuring American rapper Lil Baby. It was released on February 4, along with a music video that was directed by Benny Boom and featured guest appearances from actors Joseph Sikora and Cory Hardrict. Minaj’s role in the video was inspired by Angelina Jolie’s performance in the 2010 film Salt. The video also teased another track titled “Bussin” – the track, also a collaboration with Lil Baby, was officially released a week later, on February 11.

In a promotional Apple Music interview with Zane Lowe, Minaj said her fifth studio album is “coming very soon.” She also made an appearance on The Late Late Show with James Corden, where she revealed her plans to release the album before the summer of 2022. She described her album as “fun, gutta, and back to the basics”. Additionally, she will be headlining for the Wireless Festival in London, set to take place in July 2022. Minaj also fronted the campaign for the “Heaven” Spring 2022 collection by Marc Jacobs, which launched on March 3. On March 18, American rapper Coi Leray released a song with Nicki Minaj called “Blick Blick” along with a music video.

On March 25, 2022, Minaj surprise released the song “We Go Up” featuring New York rapper Fivio Foreign. The drill track was initially teased on Minaj’s TikTok account before fans had requested her to release the single.

Find tickets for Essence Festival of Culture in New Orleans, LA at Caesars Superdome on July 01, 2022.