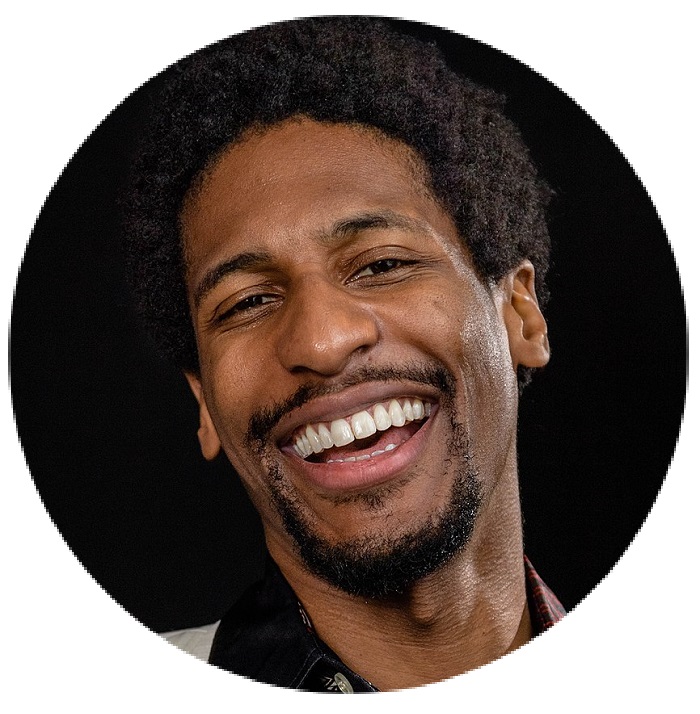 Jon Batiste – The Overall Message Of The Album “We Are” Is Love, Joy, And Community

“I like to use the inspiration from the past and combine it with the things that are in the present to create the future,” Jon Batiste says about WE ARE, a collection of autobiographical sketches that explore pivotal moments from his life and how they connect with his lineage. “We’re finally at a point where we’re starting to untangle the way that my grandparents, and even my parents, experienced America. It feels like the culmination in the coming of age of what many generations have built, fought for, and poured into.” The Louisiana-born pianist, composer, and bandleader/musical director of Stay Human, the house band for The Late Show With Stephen Colbert, came up with the blueprint for the album during a six-day period from his dressing room at the Ed Sullivan Theater alongside singer-songwriter Autumn Rowe. But it took him eight months of bringing in the right collaborators to help meld his narrative with classic and modern styles of R&B, jazz, gospel, soul, and hip-hop into a body-shaking celebration. “As heavy as these themes are, the overall message of the album is love, joy, and community,” Batiste says. “That, and also the power of social revolution, in the sense of what we have to do in the culture to make room for everybody to be able to fully be who they are.” Here, Batiste guides us through his life journey.

WE ARE
“‘WE ARE’ is the overture of the album. I wanted to have the marching band from my high school on this record, because it’s a historically Black high school that has a lot of legendary alumni. I was in that high school band and I graduated from that school. It also features three of four generations of my family. My grandfather and my nephews are all on this track. It was a really special one because it goes from Southern marching band culture to gospel to what I call ‘horror disco,’ all within the span of four minutes.”

TELL THE TRUTH
“We recorded it at the legendary Sound City recording studios [in Los Angeles]. All of us were in the same room at the same time, and it was done in one take. James Gadson, who plays the drums, played with Bill Withers and on all the classic records with the Jackson 5. He’s a living legend who still plays like he was in his prime. It’s about the advice that my dad told me when I was 17 years old, when I left New Orleans to move to New York and go to Juilliard to start my career. He told me to stay true to who I am, no matter what you’re looking for, no matter what you’re looking to do.”

CRY
“The loss of innocence is something that is not quantifiable. It’s oftentimes something that we can’t fully understand until generations later. The decisions we make collectively sometimes seep into our consciousness or our subconscious mind. And we don’t know why we have this weight on our shoulders. You could be living your life every day, and then one day, you just feel this overwhelming weight—and you don’t understand where it comes from. I think that, collectively, we all felt that in this past year with the pandemic and all the social unrest.”

I NEED YOU
“It’s the same message as ‘CRY,’ but it’s the opposite. ‘I NEED YOU’ is Black social music mixed in with a pop song. It’s like if you took the music that Little Richard or James Brown, or my father and uncles, would play in the Chitlin’ Circuit in the 1940s. The type of dance like the jitterbug and the Lindy hop you would see in Harlem. You mix that with contemporary pop and hip-hop and that’s what you would get with this song.”

WHATCHUTALKINBOUT
“I had a vision of the way you come through this career as you become more and more successful—especially as a Black entertainer in America. It’s like going through a video game, where in every level you beat, you get to the next level and the boss is harder. I imagined myself jumping into the TV and running through different levels of a video game. You get to this point in the song where there’s this 16-bit interlude, and I called my boy Pomo to help me craft this to have more pandemonium. I don’t even believe in genres, but I will call it ‘punk video game jazz rock.’”

BOY HOOD
“It’s not just a song about growing up; the sound of it feels like what it felt like. We went to the studio with Jahaan Sweet. I remember him when he was 18 and he moved to New York from Florida. Now he’s producing for Drake, Kehlani, and all these people. He called me up and he was like, ‘Man, you’re the only one I know up here.’ We used to rap and make beats in the dorm room. I knew that he could help me to channel the feeling of what it’s like to live in the South.”

MOVEMENT 11’
“‘BOY HOOD,’ ‘MOVEMENT,’ and ‘ADULTHOOD’ is the spine of the record. Those three songs are a literal representation of my coming of age. When you get to ‘BOY HOOD,’ I’m telling you literally what it was like. And then ‘MOVEMENT 11’’ is my growth into an adult when I moved to New York at 17 to go to Juilliard.”

ADULTHOOD
“The transition from ‘MOVEMENT’ is this rich, multilayered classical-esque kind of thing where, all of a sudden, you just mature. The first half of the album has all of these different things going on in terms of just the universal and communal. And then on the second half, it goes into this place of just the internal and personal. That’s like how it is when you’re young and you got fire; you’re figuring out who you are and you’re looking at the world around you. And people give you advice, and you hear all these things about the past. You’re trying to reconcile it all. Then, all of a sudden, you’re an adult.

MAVIS
“Mavis [Staples] is fantastic. I was talking to her during the pandemic, and she was dropping all of these gems on the phone. I wanted to really capture that and share it with people because I felt privileged to be able to be her friend and to collaborate with her over the years, to really learn from her. She said the words that are on the song and I said to her, ‘Can you say that one more time and let me record?’ It was one of those things that you can’t plan, because if you try to plan it, it won’t be the same.”

SHOW ME THE WAY
“This is a beautiful song to play when you’re cruising in the car with someone you care about. Or just cruising by yourself and doing your thing. It’s a homage to the many different culture creators who inspire me. I’ve been doing Zoom sessions with my friend Zadie Smith, who is a writer and sings on this record. We’ll do these virtual jam sessions and have real conversations about the music we want to listen to. So it’s really a homage to all the great Black musicians, and also great creators of all races, that have inspired us.”

SING
“‘Sing’ is the closing-credits song of this thing, because the album is like a movie. It’s meant to be listened to like that. You’ve had this journey and this experience. When you don’t have words to say and you feel overwhelmed with emotion, just sing. You really have experienced the power of that through the course of that movie.”

UNTIL
“This is a moment of celebration, but it’s also undetermined. What are we going to do? Who are we? Until this or that happens, it’s all a question. That’s how I wanted to end the album, because if you go back to the beginning in a loop it’ll keep feeding you. It’s constructed to be cyclical.”