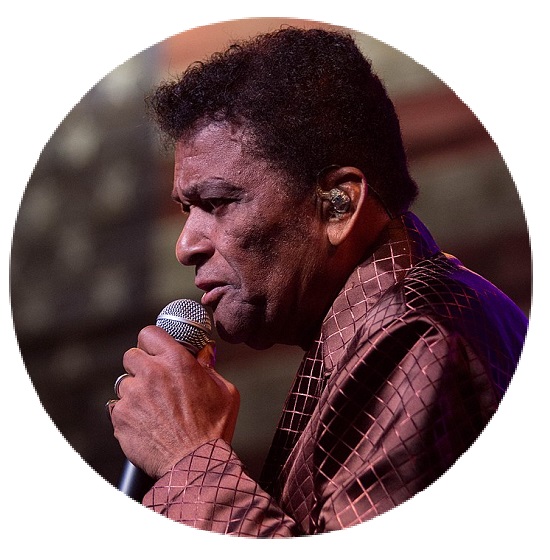 Kiss An Angel Good Mornin – A Tribute To Charlie Pride

While he was active in baseball, Pride had been encouraged to join the music business by country stars such as Red Sovine and Red Foley, and was working towards this career. In 1958, in Memphis, Pride visited Sun Studio and recorded some songs.

He performed his music solo at clubs and with a four-piece combo called the Night Hawks during the time he lived in Montana. His break came when Chet Atkins at RCA Victor heard a demonstration tape and got Pride a contract. In 1966, he released his first RCA Victor single, “The Snakes Crawl at Night”. Nashville manager and agent Jack D. Johnson signed Pride. Atkins was the longtime producer at RCA Victor who had made stars out of country singers such as Jim Reeves, Skeeter Davis, and others. Pride was signed to RCA Victor in 1965. “The Snakes Crawl at Night” did not chart. On the records of this song submitted to radio stations for airplay, the singer was listed as “Country Charley Pride”. Pride disputes that the omission of a photo was deliberate; he stated that getting promoters to bring in a black country singer was a bigger problem: “People didn’t care if I was pink. RCA signed me … they knew I was colored … They decided to put the record out and let it speak for itself. While living in Montana, he continued to sing at local clubs, and in Great Falls had an additional boost to his career when he befriended local businessman Louis Allen “Al” Donohue, who owned radio stations, including KMON, the first stations to play Pride’s records in Montana.

Soon after the release of “The Snakes Crawl at Night”, Pride released another single called “Before I Met You”, which also did not chart. Not long afterwards, his third single, “Just Between You and Me”, was released. This song finally brought Pride success on the country charts. The song reached number nine on Hot Country Songs on February 25, 1967.

In 1971, Pride released what would become his biggest hit, “Kiss An Angel Good Mornin'”, a million-selling crossover single. The same year, he won the Country Music Association’s entertainer of the year award, as well as its top male vocalist award in 1971 and 1972.

“Kiss An Angel Good Mornin'” became Pride’s signature tune. Besides being a five-week country number one in late 1971 and early 1972, the song was also his only pop top-40 hit, hitting number 21, and reaching the top 10 of the
Adult Contemporary charts, as well.