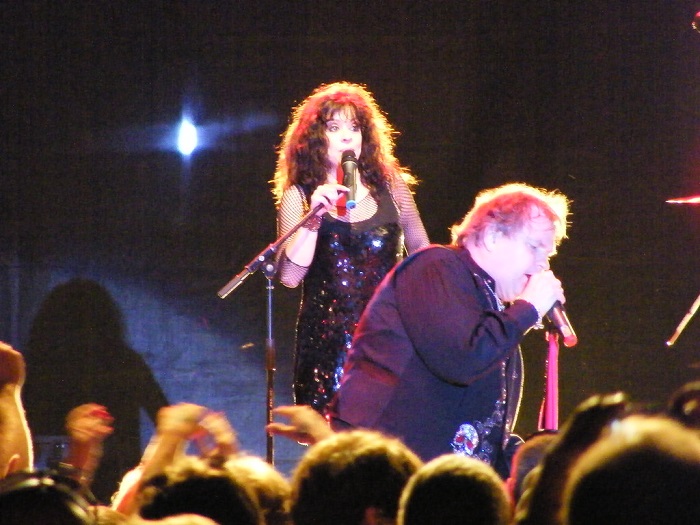 Ridiculed by critics and custodians of cool, Meat Loaf’s bombastic performances were loved by millions, providing the soundtrack to the lives of various generations.

The man born Marvin Lee Aday was something of an unreliable narrator. He offered contradictory accounts in interviews of such basic details as his date of birth, real name, or why and how he came to be known as Meat Loaf. According to his autobiography, an inheritance from his mother allowed him, as a disturbed and distressed teenager, to leave the house of a violent alcoholic father to live, first in Dallas, and subsequently California.

He was cast in the original Los Angeles productions of both Hair and The Rocky Horror Show, also appearing in the 1975 film adaptation of the latter. On auditioning for budding playwright/songwriter Jim Steinman’s More Than You Deserve musical – the title track of which would later pop up on the Dead Ringer album – Steinman identified his ideal leading man for the Bat out of Hell project.

Record executives were less convinced. They thought that the pairing of a large sweaty singer with unorthodox musical arrangements, pitched somewhere between Phil Spector and Wagner, was a complete anomaly in the age of punk and disco. The odd pair were eventually signed by independent label Cleveland after getting Todd Rundgren onboard as a producer.

The Texan-born singer and actor outlived his chief collaborator by less than a year. Their signing with Cleveland would be the start to a career full of hits and as many highs as there were lows.

Bat Out of Hell – one of the top five selling records of all-time – was released in 1977. Almost all the songs originated from a university project of Steinman’s based on Peter Pan. Unable to clear the rights with JM Barrie’s estate, Steinman recycled the material into Bat Out of Hell instead. Jukebox musicals typically rely on a pre-existing songbook but Bat out of Hell is best characterised as a cast album that had its first outing in the charts before the stage.

Given that three of the album’s seven songs exceed eight minutes, remarkably not a moment is wasted. Epics such as Paradise by the Dashboard Light and Bat out of Hell (designed to top the 1960s hit Tell Laura I Love Her as the ultimate motorcycle crash song) are more than guilty pleasures. They encapsulate the sensations if not perhaps the realities of being a hormonal teenager in thrall to sex, death and rock‘n’roll.

The album sold over 10 million copies in the US, and spent over ten years on the UK charts. Meat Loaf was not, however, mentally or physically prepared for the pressures of success or large-scale touring. After losing his voice on the Bat Out of Hell tour in 1978, he had multiple nervous breakdowns and attempted suicide. Steinman lost patience, and a planned sequel to Bat was put on the backburner.

There were occasional hits in the 1980s without Steinman (for instance Modern Girl and Midnight at the Lost and Found) but Meat Loaf’s star was on the wane. Despite recording one of the most successful albums of rock’s golden age, by 1983 the singer was facing the prospect of bankruptcy.

Yet by playing smaller venues and adopting more sophisticated vocal techniques, a constant touring schedule through the latter part of the 1980s transformed Meat Loaf into one of world’s most accomplished live performers. A nearly three-hour 1988 concert recording from Edinburgh shows why this period is considered his live peak by hardcore fans.

It also ensured he was better prepared to reap the rewards when he and Steinman staged one of rock’s most unlikely comebacks with Bat out of Hell II in 1993, with lead-single I’d Do Anything for Love (But I Won’t do That) topping the charts in 28 countries. The 1990s marked Meat Loaf’s imperial phase, selling out arenas and enjoying celebrity, appearing in films such as Fight Club (1997) and Spice World (1999).

Yet unlike Peter Pan, Meat Loaf wasn’t forever young, often appearing lost in the new millennium. After collapsing on stage in Newcastle in 2007, he said he wouldn’t perform in concert again. In reality, he continued touring for another decade, the musical equivalent of a veteran boxer not knowing when to hang up the gloves.

Steinman also launched a legal action when the singer sought to go it alone with Bat Out of Hell III (2006). An out of court settlement effectively gave the songwriter free rein to develop a stage version of Bat out of Hell. Despite their differences, Meat Loaf took on promotional duties as Steinman’s health prevented him from undertaking for the 2017 premiere of Bat Out of Hell the Musical.

Now that so many of rock’s founding fathers have died, my current research into rock musicals such as this and David Bowie’s Lazarus sees them as repositioning one of the major forms of cultural expression from the second half of the last century.

Blessed with one of rock’s most distinctive voices (admirers include Axl Rose and Kurt Cobain), quality control was never Meat’s forte. At his best, however, the Loaf was a heavyweight contender, able to hold his own alongside the world’s finest performers irrespective of genre.

More from NewsMore posts in News »