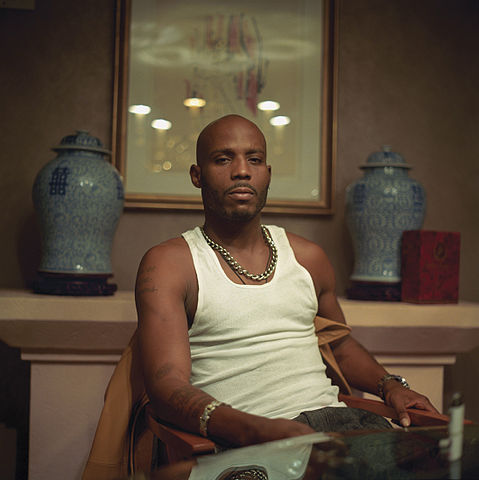 Earl Simmons known by his stage name DMX (“Dark Man X”), was an American rapper, songwriter, and actor. He began rapping in the early 1990s and released his debut album It’s Dark and Hell Is Hot in 1998, to both critical acclaim and commercial success, selling 251,000 copies within its first week of release. He released his best-selling album, … And Then There Was X, in 1999, which included the hit single “Party Up (Up in Here)“. His 2003 singles “Where the Hood At?” and “X Gon’ Give It to Ya” were also some of his most popular.

DMX was featured in films such as Belly, Romeo Must Die, Exit Wounds, Cradle 2 the Grave and Last Hour. In 2006, he starred in the reality television series DMX: Soul of a Man, which was primarily aired on the BET cable television network. In 2003, he published a book of his memoirs entitled, E.A.R.L.: The Autobiography of DMX.

On April 2, 2021, at approximately 11:00 pm, Simmons was rushed to a hospital in White Plains, New York, where he was reported to be in critical condition following a heart attack at his home possibly resulting from an overdose. On April 3, his attorney, Murray Richman, confirmed Simmons was on life support. Later that day, Richman stated he was off life support and breathing on his own, but he clarified that evening that Simmons remained on life support and he had “been given wrong information”. That same night, tabloid journalism outlet TMZ, who first reported on the hospitalization, stated that Simmons had suffered oxygen deprivation to his brain as paramedics attempted to resuscitate him for 30 minutes. On April 4, Simmons’ former manager, Nakia Walker, stated he was in a “vegetative state” with “lung and brain failure and no current brain activity”. On April 7, his manager, Steve Rifkind, stated Simmons was comatose and that he was set to undergo tests to determine his brain’s functionality which would allow his family to “determine what’s best from there”. Simmons was pronounced dead at age 50 on the morning of April 9, 2021, according to a statement released by his family. Rest In Peace X

More from NewsMore posts in News »