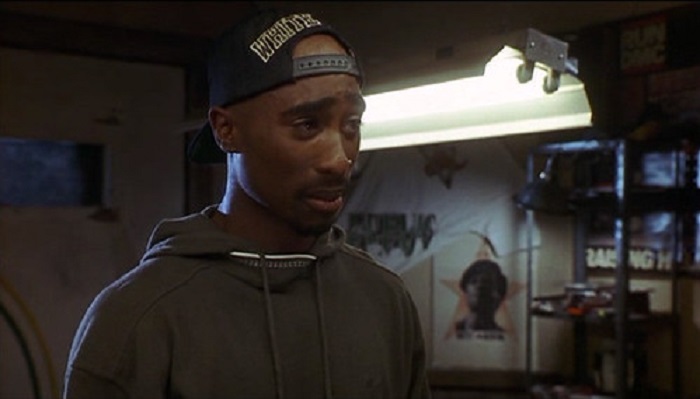 The Struggles And Triumphs In Tupac’s Life

In the summer of 2017 Moviegoers enjoyed “All Eyez on Me,” the biopic of Tupac Shakur, one of the most iconic and influential musicians of the 20th century.

Since his death in 1996, Tupac’s place in the pantheon of cultural icons has been firmly cemented. Scores of books and documentaries have detailed his life, career and tragic death, while musicians continue to pay tribute to his influence in their songs. He has sold more than 75 million albums worldwide, and earlier this year he was inducted into the Rock and Roll Hall of Fame.

But beyond the commercial success, the life of Tupac could be thought of as a metaphor for a generation of African-American youth. A personification of hip-hop’s ascendance and the vexing forces that shaped it, Tupac was born in 1971 at the dawn of the post-civil rights era. His life would span the War on Drugs, the rapid expansion of the prison-industrial complex, a black power reprise, the mainstream recognition of hip-hop – and all the pitfalls therein.

Enemies of the state

Tupac’s mother, Afeni Shakur, was a leading member of a Black Panther Party chapter in Harlem. In 1969, Afeni was arrested with 20 others in the infamous Panther 21 case. Part of a nationwide effort to disrupt the Panthers’ political activities – just a year earlier, FBI Director J. Edgar Hoover had called them “the greatest threat to national security” – the group was charged with conspiring to bomb buildings in New York City. The group ended up being acquitted of all 156 charges on May 21, 1971.

A day after Tupac’s birth, President Richard Nixon issued a written statement to Congress about illegal drugs, calling them “public enemy number one.” The following day, he held a press conference during which he asked for more federal funds to wage a “war on drugs.”

Both events – the systemic crackdown on the political activities of black activists and the nascent war on drugs – would have a profound effect on the life of Tupac, along with millions of other African-Americans.

Few forces were as disruptive to Tupac’s generation as the illicit drug trade. When he was born, heroin use was concentrated in the New York City metro area. Crime rates spiraled, overdoses increased and black communities – disproportionately affected by the violence – demanded action: stop illegal drugs, create jobs and implement responsible policing.

In 1973, New York state passed the Rockefeller Drug Laws, the most punitive anti-drug legislation in the country. Possession of four ounces of narcotics now had a mandatory minimum sentence 15 years to life. Many in the black community were initially supportive of the Rockefeller Laws. Yet the fundamental demands from the black community – jobs, health care, police reform – went unmet.

Over the course of the decade, unemployment in black communities across the country soared. By 1983, it had reached 21 percent – a rate higher than all but three years of the Great Depression. And as police brutality and corruption continued to plague black neighborhoods, a new drug was introduced to the streets: crack cocaine, which Tupac’s mother became addicted to.

Even though black and white drug use rates were similar during this period, poor black communities ended up being the battlegrounds – and killing fields – for the war on drugs. The homicide rate for black males between the ages of 18 and 24 years old more than doubled between 1983 and 1993 – to a high of 196 per 100,000 people. (The national homicide rate was 9 per 100,000.) Meanwhile, incarceration rates skyrocketed. In 1970, blacks were 4.6 times more likely to be arrested than whites. By 1990 they were 6.8 times more likely to be detained.

Hip-hop groups and artists like Public Enemy, Brand Nubian, Ice Cube and X-Clan started promoting a political message of resistance in its music to a greater extent than any popular genre at the time. Rappers attacked the crack trade, white supremacy and police brutality in scores of songs, from Public Enemy’s “Night of the Living Baseheads” to Ice Cube’s “I Wanna Kill Sam.”

Tupac immersed himself in this movement, embracing and adorning the politics of the black power reprise in his lyrics. While R&B, soul and jazz musicians were largely silent on the challenges in poor black communities, Tupac’s first LP, “2Pacalypse Now” (1991), directly confronted issues like mass incarceration, violence, illegal drugs, police brutality and racism.

“I’m tired of being trapped in this vicious cycle,” he rapped in “Trapped,” “If one more cop harasses me, I just might go psycho.”

His next three LPs – like those of many of his hip-hop contemporaries – balanced their subject matter between carefree party songs (“I Get Around”) and calls for social justice (“Souljah’s Revenge”), while rapping about violence against rival rappers (“Hit ‘em Up”), and his love for his mother, even through her struggles with addiction (“Dear Mama”).

The trappings of success

As his popularity grew, Tupac personally and professionally struggled over his appeal to the mainstream, while battling the allure of conspicuous consumption, excess and sexism.

He knew the destructive forces of violence and what critics call the prison industrial complex, making calls for social justice in his hit “Changes,” which criticized drug dealers and the horrifying effects of mass incarceration. In multiple songs he alerted listeners to the story of Latasha Harlins, the 15-year old black girl whose murderer was given probation by a California court system that had given harsher sentences to people who abused dogs. He created a plan to mitigate the violence in black communities with a code of ethics for drug dealers and truces between gangs.

Nonetheless, Tupac found himself personally mired in violent criminal cases. There were assault charges against him in 1993 and again in 1994. That same year, he was robbed and shot five times in New York City – the day before he was sentenced on sexual assault charges.

And just as commercial hip-hop retreated from the political lyrics of the early 1990s, Tupac’s lyrics gravitated to a gangsta style more aligned and palatable to mainstream audiences and radio stations. From “Ambitionz az a Ridah” through “When We Ride,” references to “money over bitches” and gang-banging shootouts became commonplace. In 1995, Tupac signed with Death Row Records, a label notorious for its violent atmosphere and its volatile founder, Suge Knight.

In time, he adopted Death Row’s gangster rivalries, bluster and violence. Then, while in Las Vegas on Sept. 7, 1996, he joined in the beating of a rival gang member accused of assaulting a Death Row associate. Later that night Tupac was shot multiple times and died from his wounds six days later. Many investigators believe it was a direct retaliation for the beating.

In the end, Tupac’s life isn’t just an embodiment of the struggles, contradictions, creativity and promise of a generation. It also serves as a cautionary tale. His life’s abrupt end was a consequence of the allure of success, much like the pull of the streets. His sensitivity, intelligence and creativity were measured against the hostile external forces that had antagonized him since birth. And while these forces inspired him to rebel, they also tempted him, inviting him to gorge on the excesses of fame and celebrity.

Tupac admitted that he wasn’t perfect. In his own words:

“God ain’t finished with me yet. [There’s] a path for me, and I make mistakes, and I might fall, but I’m gonna get up and I keep trying ‘cause I believe in it…It’s still from my soul, my heart.”

Taking the baton from Tupac, artists like Kendrick Lamar speak to a new generation of black youth with hopeful lyrics like “we gonna be alright.”

But it won’t happen with anything less than overt action and involvement with purpose – mistakes and all.

Jeffrey O. G. Ogbar, Professor of History and Founding Director, Center for the Study of Popular Music, University of Connecticut