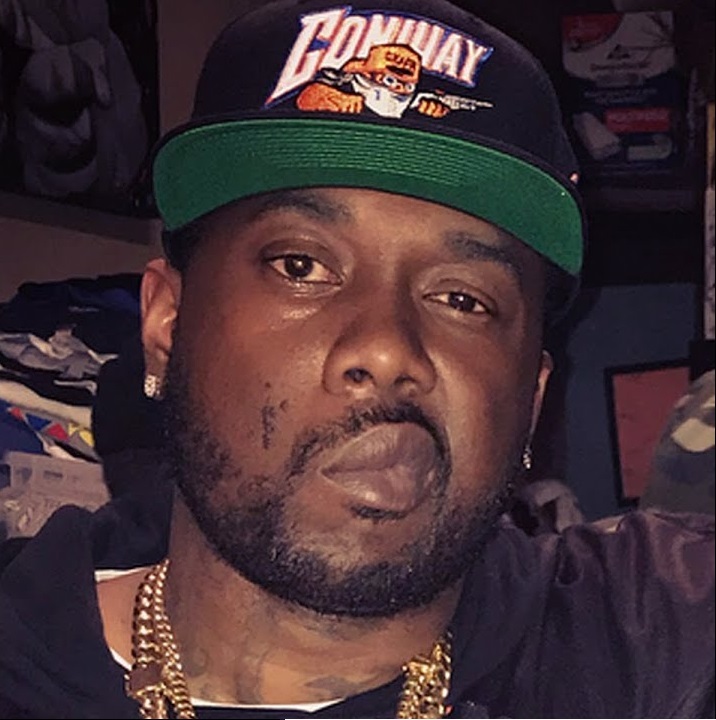 At Long Last, The Griselda Spitter (Conway the Machine) Drops His Debut Album.

It’s been a long road to Conway the Machine’s proper debut album. Following his incarceration and later a shooting incident that left his face partially paralyzed, the Buffalo native has spent the last five years building himself up, mixtape by grimy mixtape, to become one of the most distinctive voices in rap today. A core part of the Griselda trifecta, he brings all of that experience to From King to A GOD, a future classic that captures the spirit of projects like Everybody Is F.O.O.D. and LULU while hinting at the path forward in his thriving career. Breaking with his typically local approach, he recorded these tracks in various spots around the country with a multigenerational set of producers, including trap king Murda Beatz and golden-age legend Erick Sermon, along with his own reliably rugged studio partners Beat Butcha, Daringer, and The Alchemist.

There are, of course, plenty of bars about street life and the hustle that fans have come to admire from him, but also powerful and personal moments like the Black Lives Matter affirmation “Front Lines” and the confessional “Forever Droppin Tears.” At a time when the majority of major hip-hop releases boast a familiar rotation of popular guests, Conway stunts differently: He assembles a cadre of Queens MCs, including Lloyd Banks and Havoc, for the Mobb Deep homage “Juvenile Hell” and links with his creative forebear Method Man on the rugged rhymefest “Lemon.” And though previously not known for being a singing hip-hop hooksmith, he reveals his hidden talent on the Freddie Gibbs team-up “Seen Everything but Jesus.”