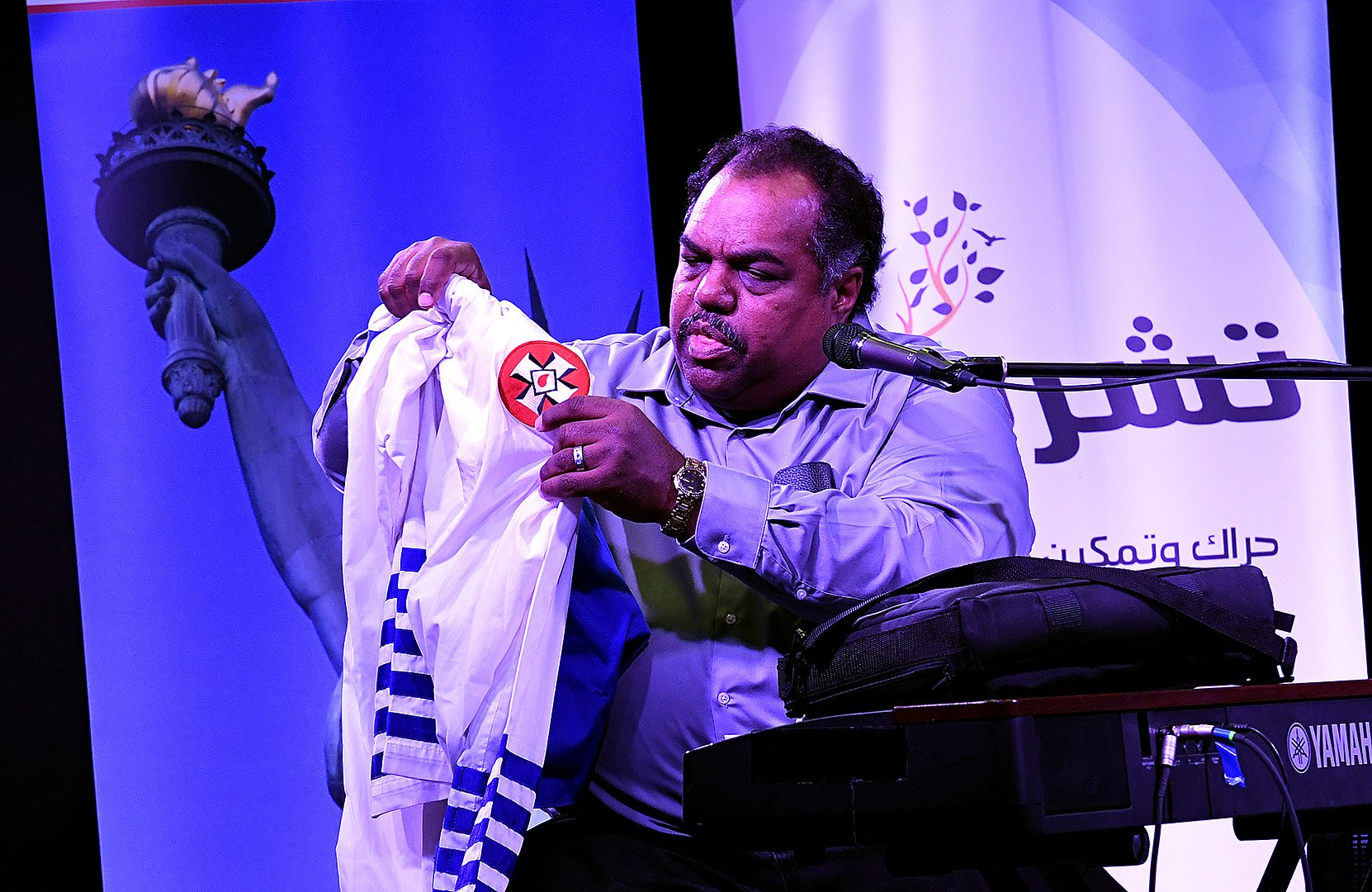 By addressing prejudices head-on with an open mind, blues musician Daryl Davis has succeeded in convincing over 200 KKK members and other White supremacists to disavow their allegiances.

As a kid growing up in 1960s Chicago, Daryl Davis was shocked when his parents explained that White children were throwing rocks at him during a Cub Scouts parade because he was Black. Davis’ parents both worked in the U.S. Foreign Service and, having lived in numerous parts of the world, he had become used to attending integrated schools, where the children of diplomats of different races and cultural backgrounds were taught together and interacted with one another.

This made the violent encounter all the more baffling and left a burning question in Davis’ mind: “How can you hate me if you do not know me?”

A blues pianist, whose energetic style led him to perform with the likes of Chuck Berry, B.B. King, and Jerry Lee Lewis, Davis would commit his life to seeking out answers to that question, often with his music and his Christian faith as equalizers.

But a performance at the Silver Dollar Lounge in Frederick, Maryland, in 1983 would leave its mark. He had been approached, after a set, by a member of the audience who told him he had never seen a Black man who could play like Jerry Lee Lewis. That began a conversation that would reveal a surprising truth: The man making the comment was a member of the Ku Klux Klan.

This revelation sparked the beginning of a 30-year journey that for Davis involved sitting down with members of the Klan and other White supremacists, attending their rallies and cross burnings—all in a search for answers.

By tackling prejudices head-on, Davis believes he succeeded in persuading more than 200 KKK members and other white supremacists to disavow their allegiances. And as they came to know him and speak with him more frequently, many became friends, including Scott Shepherd, a former Grand Dragon of the KKK in Tennessee. The two regularly travel together to help shine a light on white supremacy and address the spread of racism through dialogue and education.

Davis’ work in this area of racial reconciliation and healing is the focus of the documentary, Accidental Courtesy—Daryl Davis, Race & America, which depicts his interactions with KKK members and White Aryans and provides contrasting views of his actions from members of Black Lives Matter. He is also author of the book Klan-destine Relationships: A Black Man’s Odyssey in the Ku Klux Klan.

Now, that work is being brought into sharper focus as the U.S. and the world respond in outrage to the killing of George Floyd in particular and the broader question around structural racism rooted in policing in Black and Brown communities.

“I figured, who better to ask [that burning question about hate] than somebody who would go so far as to join an organization whose whole premise is hating people who do not look like them,” Davis says. “I try to convince people that to sit down and talk will prove that what they believe is not the way it is, and that my conversations with them will enable them to see the humanity in me.”

This approach characterizes his relationship with Shepherd.

Shepherd founded the National White Rights Association in Memphis, which has the goal of advancing the interests of White people. and once counted among his friends the likes of Byron De La Beckwith, who was convicted of murdering civil rights activist Medgar Evers, and James Earl Ray, responsible for the murder of Martin Luther King Jr.

His own transformation from white supremacist to “reformed racist” began 20 years ago, after, he says, “several life experiences placed me in a situation where I had to make a decision and take a long hard look at my inner self.” This was demonstrated in 2017, when he publicly apologized to Bernice King, daughter of Martin Luther King Jr., for previous comments he had made about the civil rights activist.

“He [Davis] was willing to be there for me, and so I started to see that the problem wasn’t color. The problem I had was myself,” Shepherd says.

Among other prominent racists Davis has encountered is TM Garret, former Neo-Nazi and Klan member based in Germany. Today, Garret is a human rights activist and founder of C.H.A.N.G.E, a Memphis-based nonprofit that engages in community outreach programs, seminars, and anti-racism campaigns.

Garret was first radicalized during the rise of hardcore punk scene, and even led a band himself. His German nationalist pride soon turned into vehement white nationalism that led him to join the KKK. He was even asked to translate a booklet for a radical Scandinavian group into German.

But soon he started to question his beliefs. “Everybody has doubts,” Garret said of those in the movement. “You put them on the side, put the next doubt on the side, and that stack of doubts becomes a bump, then a little mountain, then a big mountain, until you can’t deal with it anymore.”

Although they didn’t meet in person until 2016, Garret says he has known Davis for more than two decades and speaks of the “influence” Davis had on him over the years, including the messages about compassion that he gleaned from Davis’ book.

“What Davis showed me is that yelling at someone never in history changes someone’s mind,” Garret says. “Instead, it circles the wagons and strengthens a bigot’s resolve: This society hates us for what we believe, therefore we must be right.”

“His message was a big part of why I left the movement. His experience showed me the importance of talking to people and finding commonalities,” he adds.

“I try to convince people that to sit down and talk will prove that what they believe is not the way it is, and that my conversations with them will enable them to see the humanity in me.”

In 2002, Garret, harboring significant doubts about the ideology of hatred he had wrapped himself in, left the Klan. Fearing reprisals from Klansmen, he and his family fled and ended up in a small German town, on Christmas Eve. The only apartment available to rent was owned by a Turkish Muslim man.

Garrett reluctantly accepted the landlord’s invitation to dinner and panicked when he saw that the landlord’s wife was serving fish soup. “I didn’t like fish soup,” he says.

And still in the early stages of coming to terms with his racist ways, he was afraid of what might happen during dinner that evening. But nothing did.  “His kindness to me and my family broke down any racist hate that was left and broke it down, laying it down in front of me, crumpled.”

Davis believes the way we talk about racism in this country is misguided and wrong. Those working to address the problem of hate are only focusing on its symptoms, he says, rather than the systemic, root causes of the problem. “That’s like putting a Band-Aid on cancer,” he says.

“We’ve got to treat it down to the bone, which is ignorance. The cure for ignorance is education.”

He continues to believe that dialogue and making connections on a human level are important if we are to tackle the true causes of hatred. “Racists are so used to being combative, especially with someone they oppose, like me,” he says. “They’re not expecting me to listen to them. …They would expect me to fight—but I’m saying: Tell me more.

“That began to chip away at their ideology because when two enemies are talking, they’re not fighting. It’s when the talking ceases that the ground becomes fertile for violence.”