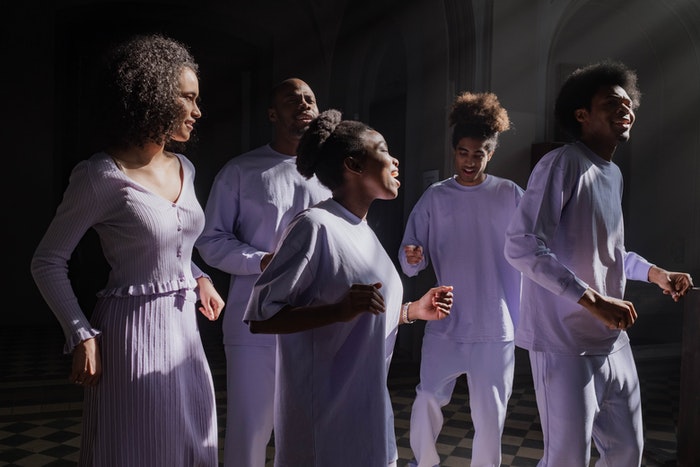 Traditional gospel music has been apart of our American culture for hundreds of years, dating back as early at the 18th century. Built around lyrics of praise and worship, the essential message of gospel music had a theme of thanks and praise to God, Jesus Christ, and the Holy Spirit. These lyrics used a great deal of repetition. It has been said that many post-reconstruction era African American people were still not being taught to read, and thus the repetition of the music was easy to memorize. It inspired even those unfamiliar with the lyrics to became an easy sing along.

In the late 1800’s and early 1900’s, gospel music made a revolutionary rise in the heart and mind of revivalists and non-Christians alike. The message of strength, perseverance, faith, and the promise of a new life in freedom. Gospel tunes like, ‘Sweet Home, Sweet Chariot,’ inspired words of faith, that a better life has been promised, and that the day of salvation is near. This particular tune included the ‘call and response’ model used in gospel music, even today. In ‘call and response,’ the leader (or in congregational settings, the ‘Preacher’) would sing out one verse, and the chorus of the congregation would answer the ‘question’ and call out a response, or simply mimic the message in the leader’s verse.

The gospel thrived as a staple in the congregation halls, and quickly adapted to the times, implementing musical instruments for the first time, often with the use of ‘rolling’ pianos, giving a dramatic spark to the usual a-Capella versions of traditional gospel verses. About this time, the white community began to take notice of the beauty and passion associated with traditional gospel music. Artists such as Elvis Presley and Jerry Lee Lewis utilized the passion and the style brought about by the surge in gospel music popularity.

Inspired by big city jazz and Mississippi Delta-style blues, gospel and worship music took on a brand new feel. The incorporation of slide guitar, the harmonica, the ‘call and response’ model, and the slow and sustained long melodies has held the tradition of gospel together.

In the mid-1900’s, gospel music was used as a peaceful catalyst for the civil rights movement. Much loved hymns like, ‘We Shall Overcome,’ ‘This Light of Mine,’ and ‘Oh Freedom,’ became an integral point of these rallies. In the hymn, ‘Marching ‘Round Selma,’ set to the tune of Christian favorite, ‘Joshua Fought the Battle of Jericho,’ the verse, ‘For Segregation Wall must fall, look at people answering, the Freedom Fighters call.’

Gospel music has evolved into the revivals that many of us see these days. Lyrics detailing the struggle and gloom of more repressive days are now fading away. Inspired preachers, musicians, and performers bring the positive word of God into some of the most notable and most influential beats today. Urban contemporary gospel has kept the spirit alive, all while awakening the ghosts of Marvin Gaye and Ray Charles.

Mixing an elaborate mix of R&B, soul, rap and jazz into inspired music that offers listeners inspiration, cool vibes, and a strong message, urban gospel has given us such big names as CeCe Winans, Kirk Franklin, Tremaine Hawkins, and Yolanda Adams, to name just a few. Though elements of gospel can be found in nearly every hip-hop/R&B beat and words, these artists go back to the basics and gives us a modern take on ancestral tradition.

Enthusiasts recommend visiting Nashville, Tennessee for some of the best traditional, contemporary and revivalist gospel music in the United States. ‘Music City USA’ gives us some of the best American music from country, blues, rock to hip hop, and gospel music. Gospel music, whether traditional or contemporary, has solid roots in this city. Local music can be heard at White Rock Baptist Church, Jefferson Street Missionary Baptists, Capers Memorial are just some of a few venues to hear contemporary and traditional gospel.

Jason Franklin lives, breathes and loves life in Ashland, Oregon. Though he has been writing all his life, he is freelancing for the first time since his escape from the corporate time-clock. He is married with two children, to whom he owes his life.